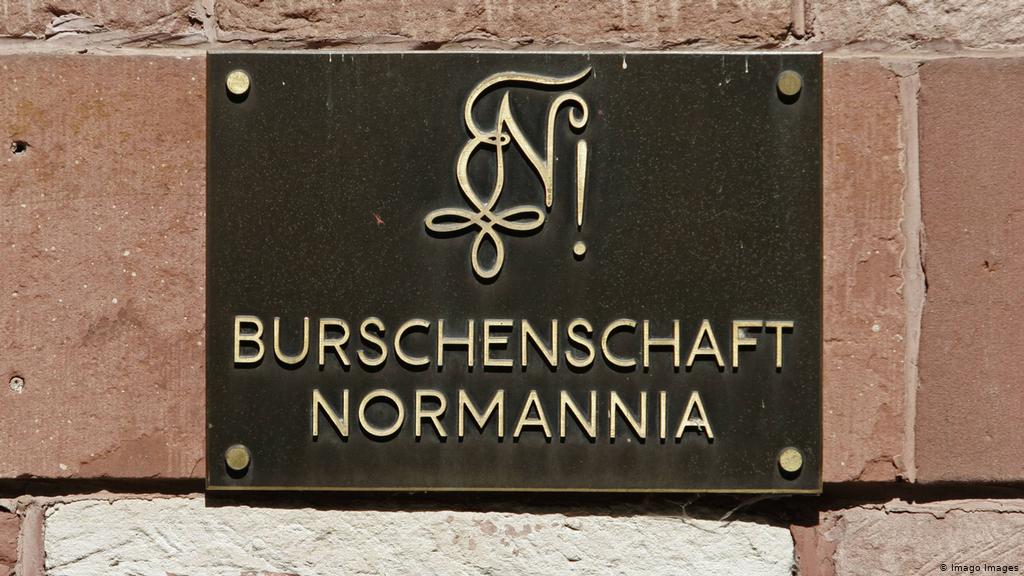 German University Fraternity Under Investigation For Violent Hatred of Jews

An expose published in the German newsmagazine Spiegel brought to light the toxic antisemitic practices at an elite German university fraternity where the chants of “Heil Hitler” are a frequent occurrence, as is hate for Jews.

Normannia, the fraternity that has recently been exposed to be a breeding ground for violent hatred against Jews, has been under German police investigation following outrage at a party held by its Heidelberg University members at their mansion on Aug. 29, 2020. A 25-year-old student in attendance who spoke about his Jewish ancestry was berated with antisemitic abuse, whipped with belts, and pelted with metal coins by several assailants.

On Monday, it was announced that the investigation into the attack would now be concluded by the middle of March, another delay following a promise at the beginning of this year that a conclusion would be reached by the middle of February. The magazine expose, on the other hand, brought the reality of the fraternity to the forefront as Karl Stockmann, one of the fraternity’s former members told the magazine that he had spent two years with the fraternity before quitting in August 2019, spending long periods living at its Heidelberg mansion. He confessed that he had been “repulsed” by the behavior of fellow members of the fraternity, citing as an example their habit of drinking heavily while listening to recordings of Hitler’s speeches.

“Almost every day, somebody greeted me with ‘Heil Hitler,’” Stockmann revealed.

Stockmann stressed that the attack on the Jewish student at the fraternity party could not be regarded as an isolated incident. “When I was at Normannia, the word ‘Jew’ was considered a common swear word in the mansion, comparable to ‘asshole’ or ‘motherf*****,’” he said. Another commonly-heard slogan was, “We are Hitler’s people, then and now,” Stockmann said.

Stockmann pointed out that the fraternity was a component of the right-wing nationalist Deutsche Burschenschaft (DB). Founded in the nineteenth century, the DB’s slogan is “Honor, Freedom, Fatherland.” The group also held up the sentiment, “antisemitism is incompatible with the fraternity idea.”

As it stands, nine men and one woman are currently being investigated for their roles in the attack at the fraternity party. Another witness to the assault on the Jewish student is due to give evidence to investigators in Heidelberg this week.