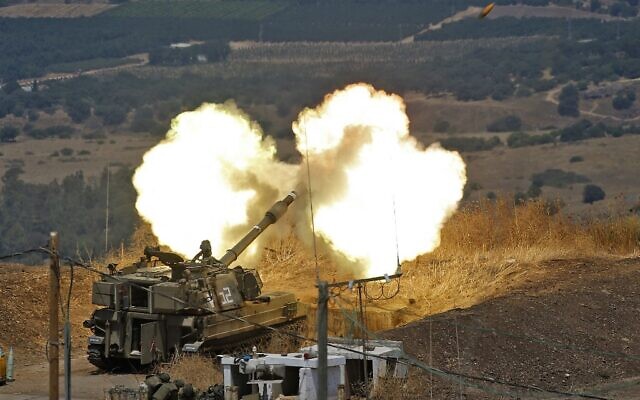 On Sunday, Israel’s Ambassador to the UN Gilad Erdan slammed UN Secretary-General Antonio Guterres over his weak response to the tensions along the Israel-Lebanon border, accusing him of turning a “blind eye to Hezbollah’s war crimes and acts of terror.”

The current conflict that is causing major concern, stemmed from Friday onward when Hezbollah fired 19 missiles toward open areas in the north of Israel. In retaliation, Israel responded with several rounds of artillery strikes, including one at a rocket-launch site.

Erdan’s lambasting came after a statement earlier Sunday, when Guterres expressed his “deep concern about the recent escalation between Lebanon and Israel across the Blue Line, including rocket fire into Israel and return airstrikes and artillery fire into Lebanon.” The statement read, “The Secretary-General calls on all parties to exercise utmost restraint and to actively engage with UNIFIL’s liaison and coordination mechanisms. It is paramount that all actors involved avoid actions that can further heighten tensions and lead to miscalculation.”

Disappointed with the statement, Erdan, who issued his own rebuttal calling it “unfortunate that the UN Secretary-General repeatedly chooses to draw a moral equivalency between attacks perpetuated by designated terrorist organizations and the law-abiding, democratic State of Israel, which is a member of the UN. “It is inconceivable that the rocket fire for which Hezbollah itself explicitly took responsibility has not been attributed by the Secretary-General to that terrorist organization.”

“The UN continues to willfully turn a blind eye to Hezbollah’s war crimes and acts of terror and its effective control of Lebanese territory. These actions by Hezbollah will ultimately lead to the destruction of Lebanon,” the envoy continued. “We expect more from the UN, which should serve as a voice of moral clarity before it’s too late for the people of Lebanon and the region as a whole.”