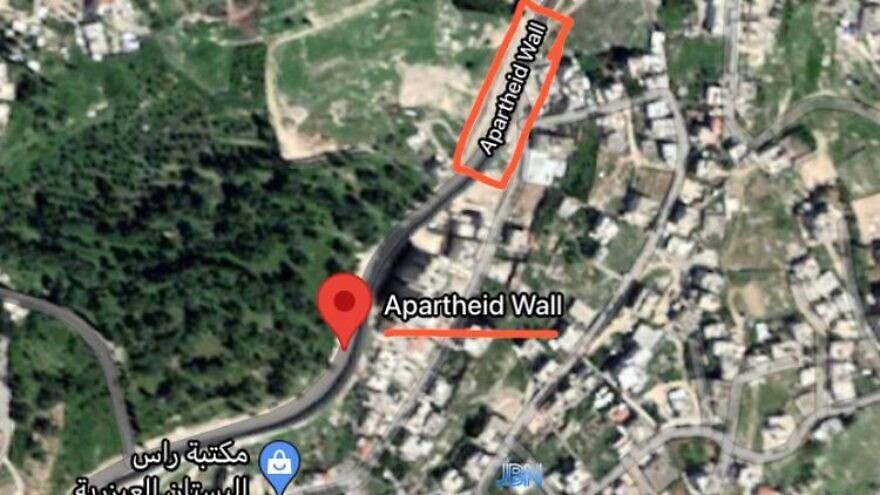 Clearing Israel of its unfair “apartheid” status, Google Maps stated in an announcement that it had formally taken down the label “Apartheid wall” from a security barrier in Eastern Jerusalem.

Calling it “inappropriate” and removing the label, a spokesperson from Google spoke to a reporter from the Jewish News Syndicate, stating, “We have taken swift action to update this inappropriate error.”

Clearly named to malign Israel, the international community has often accused the one and only Jewish nation of being an “apartheid state” to describe its policies towards Palestinians in the West Bank and eastern Jerusalem, thus also applying the term to the barrier.

In reaction to the name of the wall, Jewish groups, including the Anti-Defamation League, said that the “apartheid label would seem to question the legitimacy of the world’s only Jewish state and its continued existence.”

As it stands, the road alongside the barrier appears to be a military route that runs alongside the security barrier not far from the Bethphage church on the eastern slopes of the Mount of Olives and the Tomb of Lazarus east of Jerusalem. Erected after the wave of Palestinian suicide bombings during the years of the Second Intifada from 2000 to 2005, the security barrier has been seen as an effective tool in order to prevent infiltrations from the West Bank by terror groups, with the number of such bombings dropping dramatically following its construction.