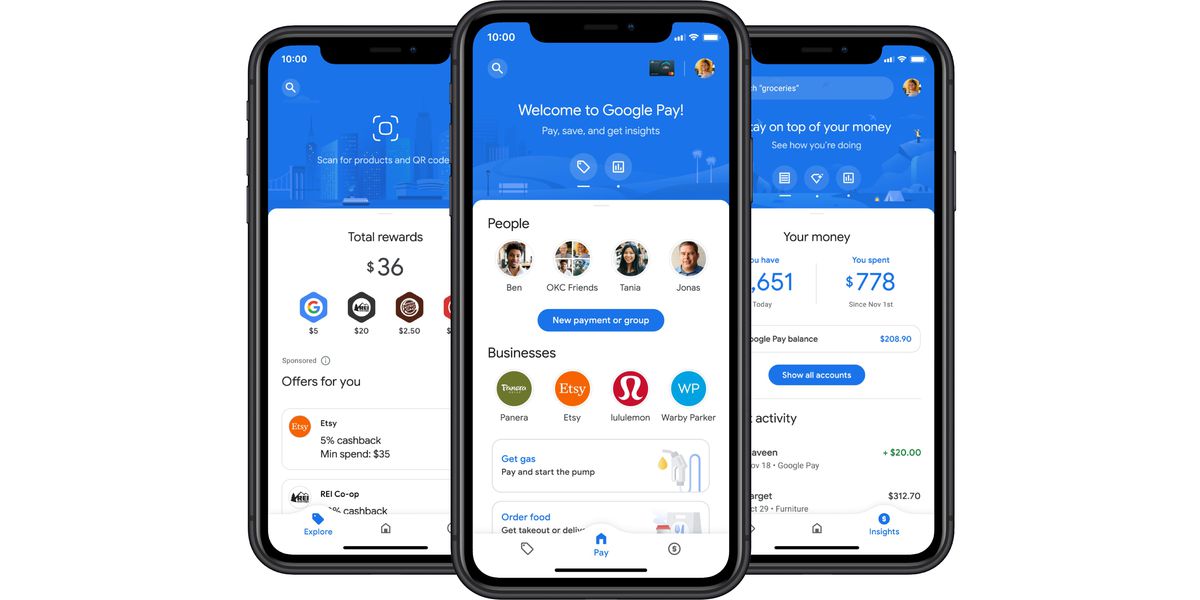 The new Google Pay is here, and it is an all-integrated service that might as well be able to compete with banks. On Thursday, Google relaunched its GPay app with a barrage of new and improved additions including tap-to-pay, peer-to-peer, personal finance aggregation, customizable deals, and even full banking services.

The all-new Google Pay is now available in the United States, on both- Android as well as iOS devices, complete with three new tabs, namely- “Pay,” which includes peer-to-peer payments as well as your transaction history using tap-to-pay; “Explore,” which will be a place where Google will offer deals and discounts; and finally, “Insights,” which will allow you to connect your bank accounts to get a searchable overview of your finances.
The new GPay is now available as an Early Access app in the Google Play Store and Appstore, alongside the original and much less ambitious Google Pay—which is now tagged as the “old version.”

What was earlier a simple tap-to-pay app, Google Pay will now be a complete financial service competing with the likes of Venmo, Mint, Apple Pay, and even some banks which sport integrated mobile applications. Google will now also give you the option to allow Google Pay to access your Gmail inbox and your Google Photos account to look for receipts, where the app will use an OCR technology to auto-scan them and integrate them into your finance tracking.
The new app will also provide AI-driven insights into spending and saving, replacing much of the functionality of your own bank’s online banking app, along with assuring you that personal info gathered in Pay will never be sold to a third party.

Coming to the ‘Pay’ feature, Google has added the ability to set-up group payments, by putting multiple people in a chat and letting them send and request money from each other. Furthermore, the new app also features a couple of new buttons like “Get gas” and “Order food.” The food option ties into Google’s existing food ordering system that is compatible with enough systems for the company to claim it works with over 100,000 restaurants, while users will also be able to pay for gas or parking directly in the app instead of punching through the options on the gas pump or parking lot pay station. Google says it should work in 30,000 locations.
Through the new ‘Explore’ Tab, the app shows cash-back and other offers where Google will aggregate deals for you. The Explore tab also has a QR and barcode scanner on the top which can be used to scan a product and automatically launch a Google Shopping search for it to buy it elsewhere. Google Pay users will also be able to scan each other’s personal barcodes to send money to one another without needing to exchange their contact details.

Lastly, the ‘Insights’ tab shows the most recent activity on your Pay account, linked credit cards or accounts, and any scanned receipts. After you connect your banking and credit accounts, Insights will begin to show you reports of your spending and saving as well as upcoming bills.
Moving on, in 2021, Google will also launch a new banking service called Plex, which will let you handle basic checking and savings in the app, engaging directly with an online bank.