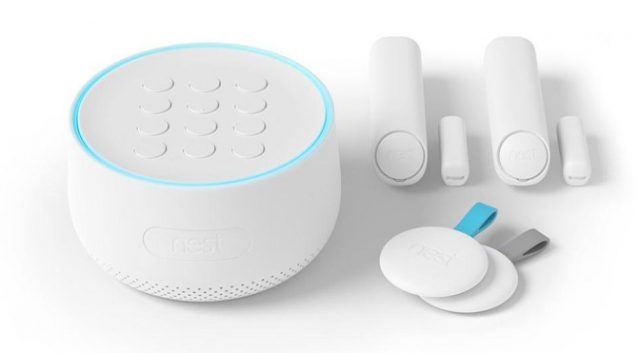 On Monday, Google confirmed the discontinuation of their Google Nest Secure alarm system, to tech site Android Police, and took the product off of their webpage as well.

Unavailable on the Google store this week onward, a Google spokesperson reiterated that “Google Nest will no longer be producing Nest Secure, however, we will continue to support our security users in all the same ways,” as reported by The Verge.

Introduced as part of their ‘Nest’ device line-up which includes other home appliances, Google’s Nest Secure system debuted in 2017 and was made compatible with the Nest mobile app that sounded alerts and armed and disarmed the system remotely.

The modular device featured a small hockey puck-shaped model with a keypad called the Nest Guard as the central hub. The system also included sensors around the house called Nest Detects, and NFC key fobs to arm and disarm the system. Google Nest Secure was made up of Google Nest Guard,  Google Nest Detect, Google Nest Tag, and the Nest app. Users had the choice to customize Nest Secure to fit your home, change settings with the Nest app, get a reminder if they leave home without setting the alarm, and more.

The price of the Nest Secure system was launched at $499, but Google dropped the price to $399 less than a year later, and now, Google’s webpage which used to feature the device now says “No Longer Available”.

As reported by Android Police, Google confirmed that the Nest Secure system — comprised of Guard and Detect — won’t just stop working for current owners now that it’s been discontinued, but the product and presumably its accessories will no longer be available.

This being said, Google will still continue to sell video doorbells, security cameras, smoke alarms, and more. And the company announced a $450 million investment in security company ADT in August, saying that Nest devices will “become the cornerstone of ADT’s smart home offering”. It is being speculated that the partnership with ADT may have been the prime reason behind the discontinuation of the Nest Home secure device, but the sudden exit from the arena has left all tech enthusiasts with a big question mark.