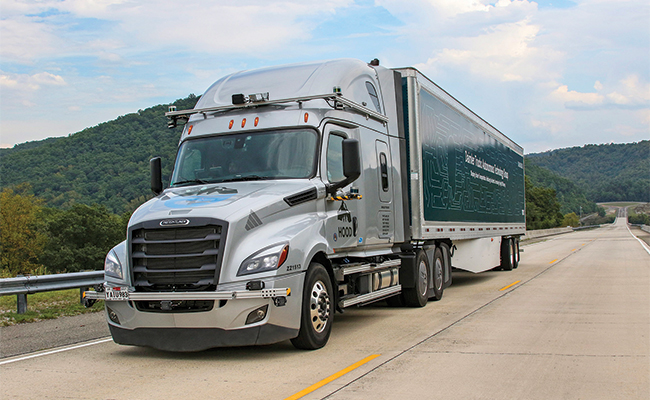 On Tuesday, Google’s autonomous-driving unit, along with Daimler’s AG’s truck unit announced that the two automakers will be collaborating in setting up a fully self-driving long-haul truck.

Alphabet Inc., along with Mercedes Benz’s parent company has claimed that they will be coming together to form a “broad, global, strategic partnership” to deploy fully driverless trucks. Daimler will integrate Waymo’s autonomous-driving system, widely considered to be among the best in the world, into its fleet of heavy-duty Freightliner Cascadia semi-trailer trucks.

Announcing the partnership in a blog, Waymo said  “Autonomous trucking is poised to improve road safety and offer greater efficiency across the logistics industry. The fully autonomous trucks will be available in the U.S. in the coming years, and other areas and brands will follow in the near future. We look forward to working with Daimler to achieve our common goal of improving road safety and efficiency for fleet customers.”

Daimler also announced the partnership saying, “Daimler Trucks is developing a customized Freightliner Cascadia truck chassis with redundant systems for Waymo, setting the industry standard in reliability and safety. This chassis will enable the integration of the Waymo Driver with its custom, scalable combination of hardware, software, and compute.”

Until now, both Waymo and Daimler were independently working on self-driving trucks. Waymo had purchased Peterbilt trucks, which it has retrofitted with autonomous driving sensors, coupled with its own software. The company is now testing these trucks in Arizona, New Mexico, and Texas.

On the other hand, Daimler announced it was working on its own self-driving vehicle named the Freightliner Inspiration Truck. The automaker debuted the truck on the Hoover Dam and offered test rides at Las Vegas Motor Speedway. In 2015. Later at the 2019 Consumer Electronics Show, Daimler showed off a production version of that prototype truck.

With many old and new players working towards producing pathbreaking automobiles in the self-driving avenues, Waymo and Daimler aren’t the only players in the game. Tesla Inc. and Nikola Corp.also have plans to make their commercial trucks autonomous in the future.

Along with seasoned automakers like Tesla, newcomers like TuSimple, Ike, Embark, and Plus.ai are also working toward a fully driverless truck. This being said, this new deal between Waymo and Daimler is not exclusive. Daimler is the fifth automaker to commit to integrating Waymo’s AV technology in its vehicles following Nissan-Renault, Fiat Chrysler, Jaguar Land Rover, and Volvo.