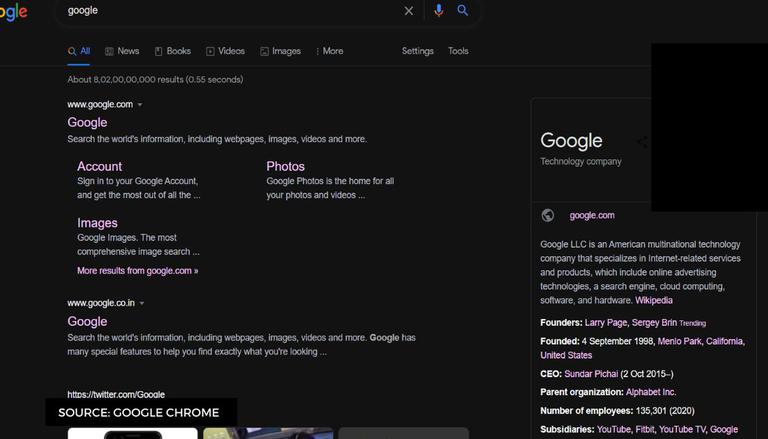 A dark mode that was initially a grey tone that was easy on the eyes, is now pitch black.

Google users have begun to witness a stark difference in the search engine’s dark mode, which has reportedly been switched to true black (#000000) that really pos on OLED and AMOLED displays.

Google announced the wider availability of dark mode earlier this month, but the release has been slow. Few people seem to have it, and 9to5Google reports that some users have received the new theme only to lose it. Google said it was testing a new dark mode in February of last year, and later announced that the new dark theme was available on desktop and mobile in a tweet earlier this month.

The contrast between the gray font and the pitch-black background makes the change appear starker, and here’s how users can change settings if they’re still in light mode and are looking to switch (provided it’s rolled out to you):

As it stands, the new pitch-black mode isn’t just better for the eyes, but it could also be a win for those who want to save some battery life on devices with OLED displays.