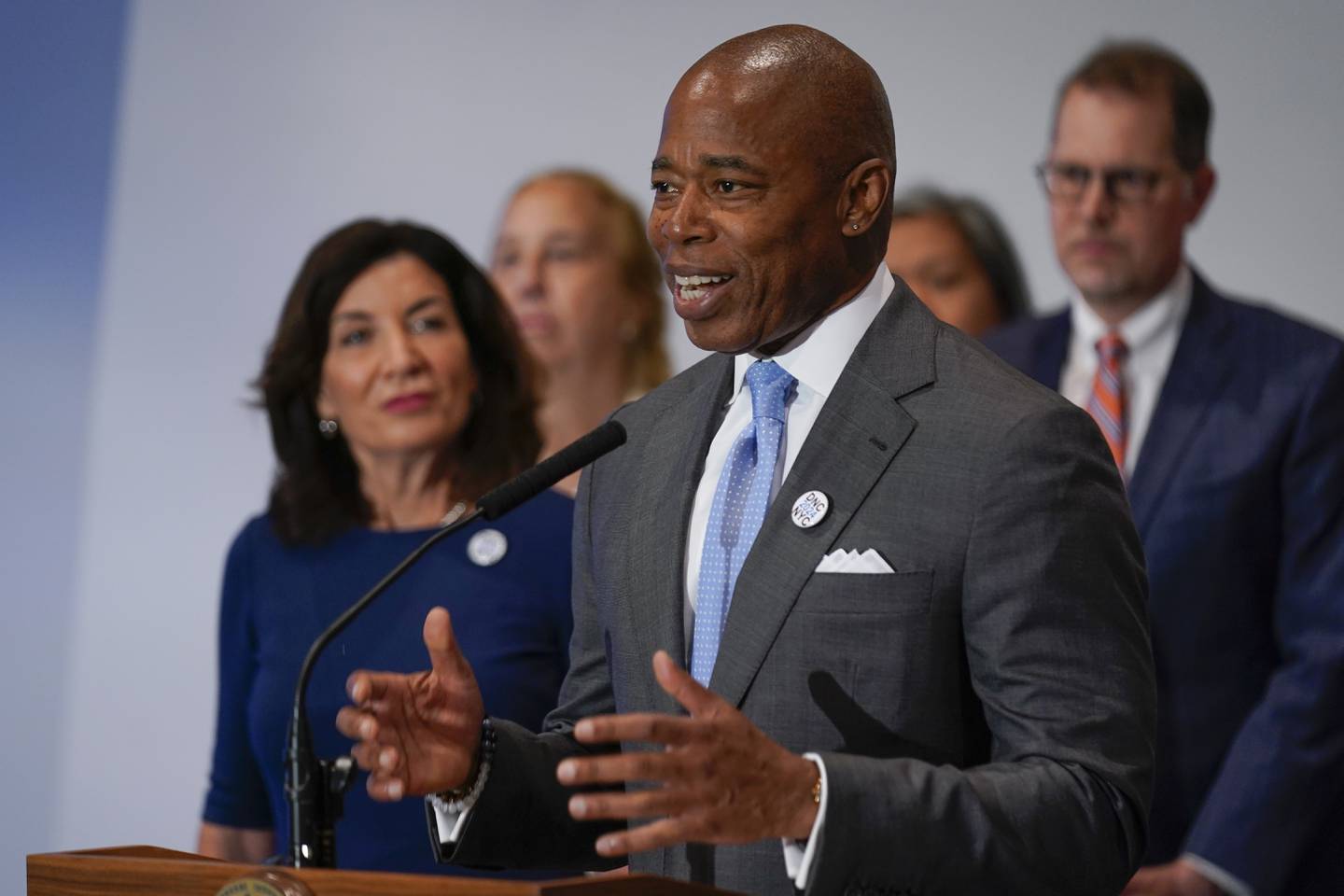 Gov. Hochul and Mayor Adams continue to push for the DNC in NYC

On Thursday, Democratic New York Governor Kathy Hochul and New York City Mayor Eric Adams joined hands to bring the Democratic National Convention to New York City with a tour of the Javits Center and the promise of sampling the city’s nightlife.

“We value our diversity.” We welcome people from all over the world, “Hochul added.

According to reports, aside from the tour of the Javits Center — which would serve as a hub for some convention events if New York City is selected — Democratic National Committee Chairman Jaime Harrison and the committee’s delegates also planned to visit Madison Square Garden, which is being proposed as the main venue, as well as the city’s restaurants and the Broadway show, POTUS, which is playing at the Schubert Theatre.

We’ve got some of the best hotels and restaurants around Madison Square Garden. We’re going to hang out tonight,” Adams said.

“You know, I’m the nightlife mayor, so I’m going to show them some of the product,” Adams added.

It was learned that the squiring around party delegates is part of the application process, which also requires a written proposal.