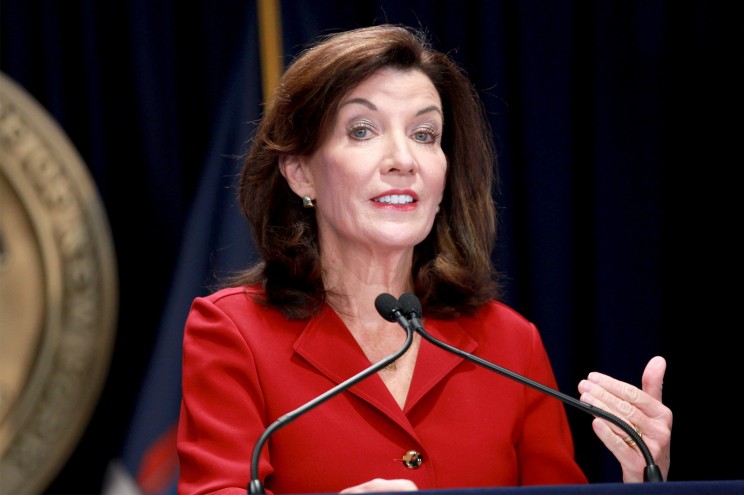 To keep her campaign funds afloat, Gov. Kathy Hochul is furiously doing some fundraising to keep in step with possible challenger Attorney General Letitia James and others in her 2022 reelection bid.

According to reports, Hochul attended a max $25,000-per plate fundraiser at the Capital Grille in Midtown on Tuesday night hosted by top Bolton-St. John’s lobbyist and partner Emily Giske — and limited attendees solely to the firm’s lobbyist and clients.

Sources said Bolton St. John’s is ranked third in the Joint Commission on Public Ethics’ top ten list of Albany’s highest-paid lobbying outfits in the state in both 2020 and 2019.

Since assuming office as governor in August, Hochul has told supporters she has a goal of raising $25 million before next year.

On Wednesday morning, Hochul went to a max $10,000 per ticket reception at Lafayette 148 in SoHo hosted by business honchos.

Last October 4, she attended a fundraiser at the Upper East digs of film producer Jana Edelbaum and her husband, Michael Abbott, co-founder and chairman of the cannabis firm Columbia Care, currently licensed to provide medicinal marijuana to New York patients.

Her campaign — Friends for Kathy Hochul — sends out campaign advisories, but conspicuously leaves off the name of the sponsors.