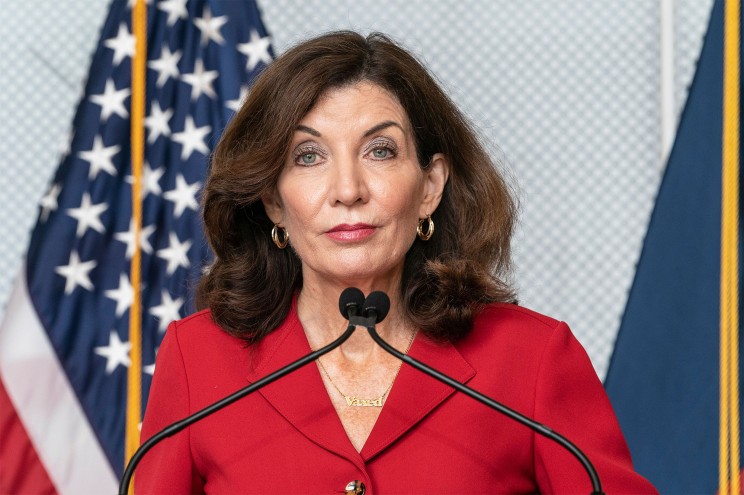 Gov. Kathy Hochul issued a sincere apology to the relatives of nursing home residents killed by COVID-19 for the pain caused by her predecessor, Andrew Cuomo’s, handling of the crisis.

Hochul issued the apology in a closed-door meeting with the relatives of the victim on Tuesday.

During the meeting, the families, led by Assemblyman Ron Kim (D-Queens), also presented the governor with a list of demands, including elder-care reforms, and that the state owns up for its controversial directive believed to have increased the death toll among nursing home residents.

Kim is happy that Hochul took the time to apologized and sympathize with them for the death of their loved ones.

“It was obviously a private apology, but I think it really touched the families. That’s something they’ve been asking for — to be treated decently as human beings,” Kim said.

“It was a genuine, empathetic moment that stood out to us,” Kim added.

Aside from Kim, Peter Arbeeny, 55, the owner of an air conditioning business that lost his 89-year-old dad Norman Arbeeny to the virus, also appreciated the apology of Hochul.

“It was a good first step for a new governor,” Arbeeny said.

“I won’t know what it means yet until we see these promises turned into actions,” Arbeeny added.

Sources said the group issued the following demands to Hochul.