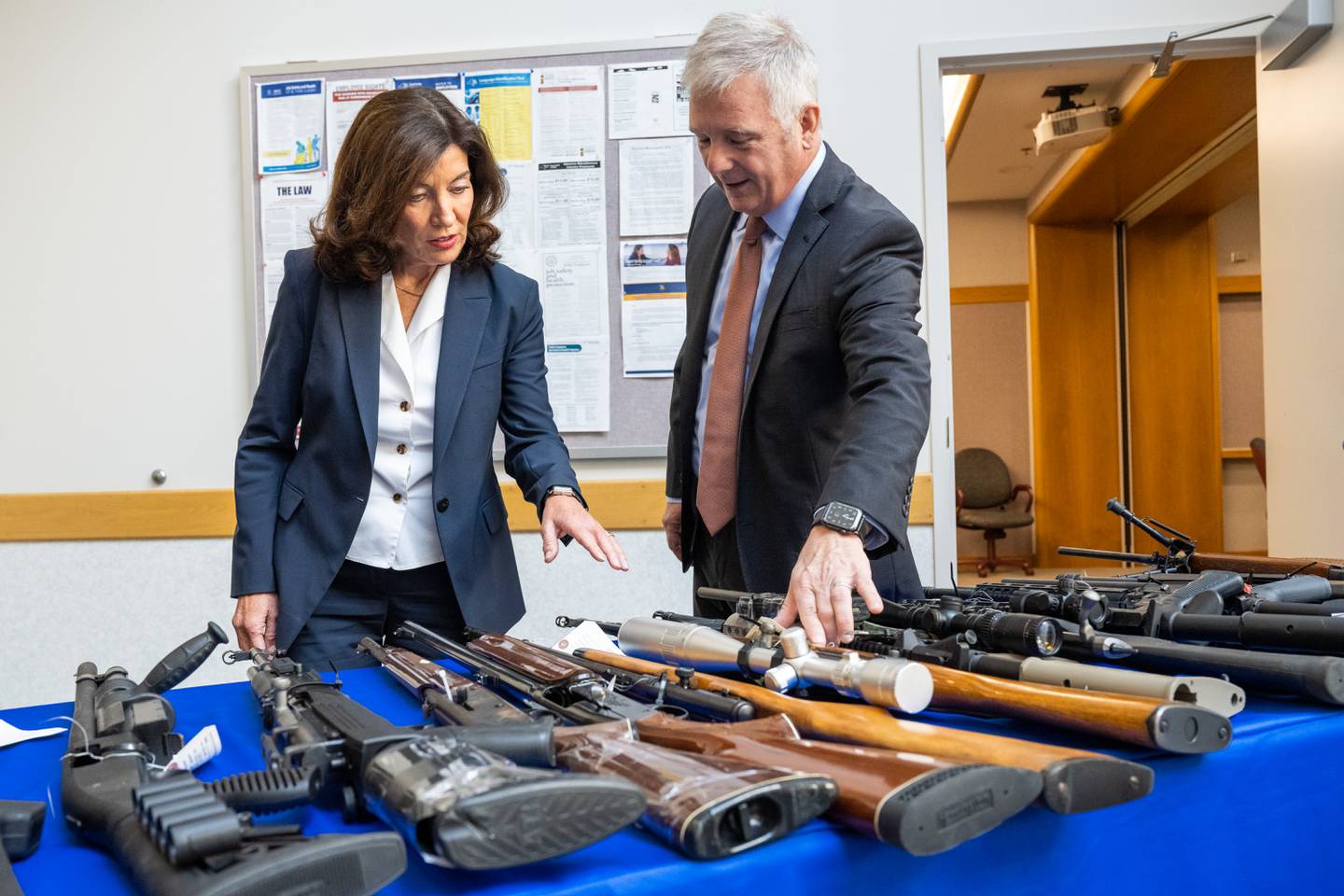 Gov. Hochul reveals that New York cops have seized more guns this year than in 2021

On Thursday, Gov. Hochul revealed that the New York State Police had made progress in their push to crackdown on guns, seizing more than twice as many firearms this year as last year.

Hochul said that entering the eighth month of the year, the state cops snatched some 800 guns, a 104% yearly increase.

Hochul claimed that the NYPD’s laser focus on firearms is causing an “enormous increase” in gun seizures.

Meanwhile, in New York City, Mayor Adams, who made gun violence a focus of his young administration, reported that shootings have fallen by about 9% this year.

On Wednesday, Adams revealed that the NYPD had seized more than 4,300 illegal guns this year.