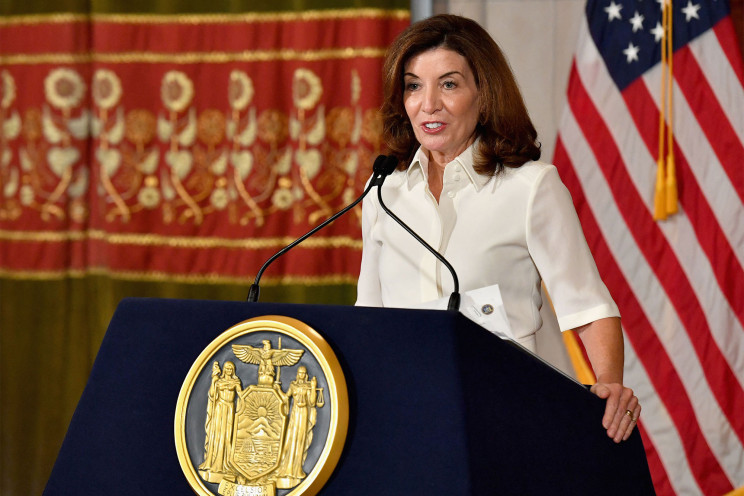 Gov. Kathy Hochul on Tuesday ordered a special session on Wednesday noon to tackle the possible extension of the eviction moratorium and her picks to regulate legal marijuana production and sales.

In an evening news conference in Albany, Hochul hopes lawmakers will set a new, Jan. 15 end to pandemic-related rent protections after the US Supreme Court’s ruling last week that struck down a 60-day extension ordered by the Centers for Disease Control and Prevention earlier this month.

“Under my watch here in the state of New York, we’re not going to exacerbate what is already a crisis in terms of the homelessness problem,” Hochul said.

At the same news conference, Hochul also said she hopes to announce her nominees for the office that will regulate legal marijuana production and sales.

“I’ll be [announcing] my nominations to start the process to legally produce and distribute cannabis in the state of New York,” she said.

“There was no reason why simple announcements, in terms of who the executive director is and who the chairperson is, were not done in time. But I’m going to make up for that lost time,” she added.

The growing and sale of recreational marijuana, which was legalized as part of the state’s $212 billion budget deal for fiscal 2022, is expected to generate as much as $350 million a year in revenues for the state.

The office that will regulate legal marijuana production and sales has now officer until now after former governor Andrew Cuomo refused to name one due to his feud with some state lawmakers.