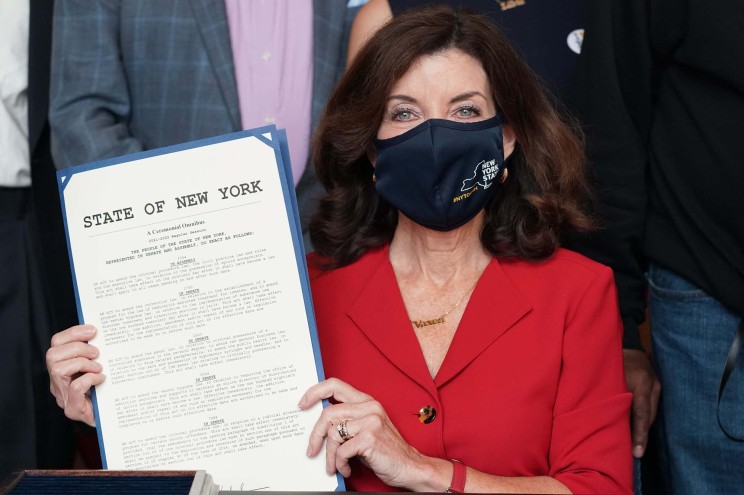 Gov. Hochul signs bill that decriminalizes public use, sale of needles and syringes

Governor Kathy Hochul signed a bill that decriminalizes the public possession and sale of hypodermic needles and syringes.

With the signing of the bill on Thursday, it eliminates a section of the state’s penal code that says possessing a needle or syringe in public is a class-A misdemeanor.

A lot of people wants the repel of the old which permits individuals to obtain needles and syringes from pharmacies or medical sites sanctioned by the state Department of Health’s “Expanded Syringe Access Program,” but they were still getting arrested as a strict interpretation said unlawful possession or sale was a criminal offense.

State Assembly sponsor and Health Committee Chairman Dick Gottfried (D-Manhattan) is very happy with the signing of the bill since it had long been overdue.

“It’s now 20 years ago that we thought we had legalized possession of hypodermics in New York, with the language that I wrote … and because of the, shall we say, overly aggressive misinterpretation of glitches in that legislation, glitches that remain, every year, police officers are sending people to Rikers Island and other jails around the state, on the grounds that they’re illegally possessing a hypodermic, and that doesn’t do any good,” said Gottfried.

“Treatment should always be accessible for those who need it,” Gottfried added.

The new also removes the cap of 10 needles allowed per sale to individuals under the old law.