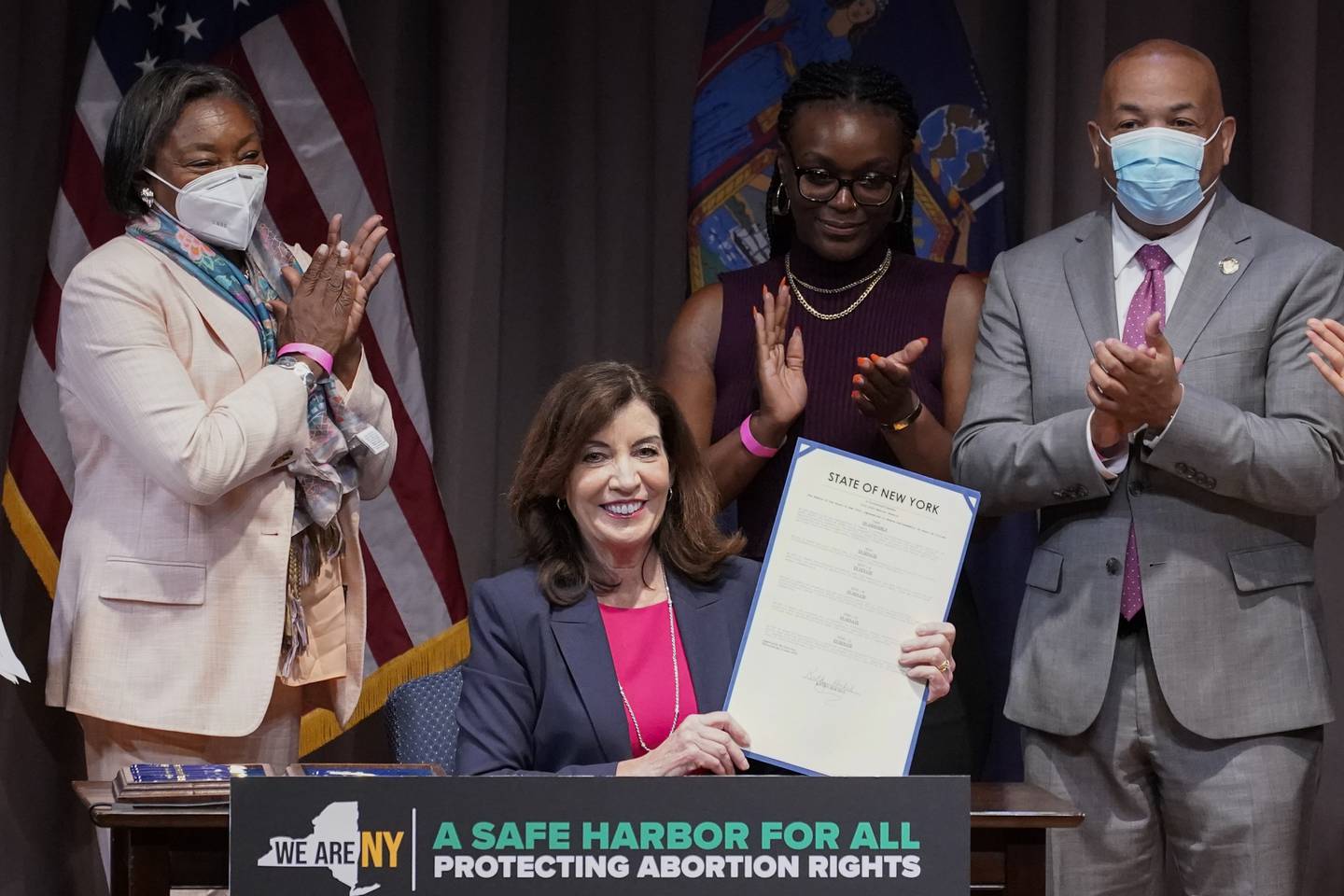 On Monday, New York Governor Kathy Hochul signed some bills that will protect abortion providers and those who seek the procedure as a potential Supreme Court ruling is expected to overturn the landmark Roe v. Wade decision.

The bills signed by Hochul are expected to bolster legal protections for abortion service providers against extradition, arrest, and legal proceedings in other states and bar medical misconduct charges for performing reproductive health care.

“The sky is on the verge of falling, literally, in the next week or two that is a very real possibility. And that’s why we’re here today,” Hochul said.

The signing of the law came as the U.S. Supreme Court is expected to issue a ruling this month that could invalidate its 1973 Roe v. Wade decision, which established a federally-protected right to abortion.

The new law also bars state and local courts and law enforcement agencies from cooperating with other states in most scenarios, which went into effect immediately.

“This is the United States of America, where freedom and liberty are supposed to mean something,” Hochul added.

Aside from the law, a separate bill signed on Monday bars medical malpractice insurance companies from taking any adverse action against a reproductive care provider based on complaints from other states.