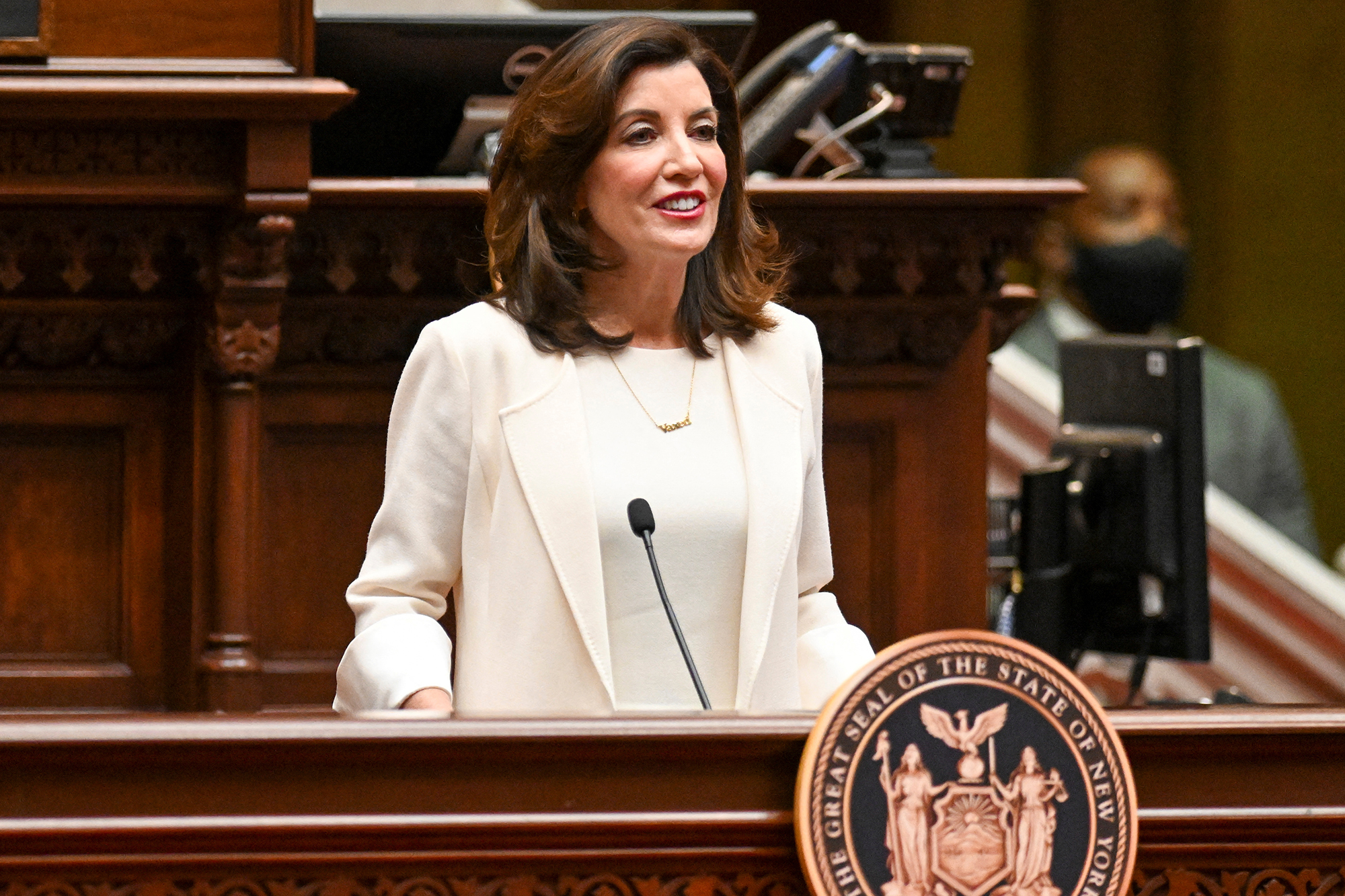 To address the transportation needs of Brooklyn and Queens, New York governor Kathy Hochul is eyeing the creation of an underutilized 14-mile freight line that would be converted into a new commuter “Interborough Express” service connecting neighborhoods in Brooklyn and Queens.

Hochul said a new transit service would run from Bay Ridge in Brooklyn to Jackson Heights Heights in Queens.

To realize her dream, Hochul on Wednesday directed the Metropolitan Transportation Authority to conduct an environmental review and identify the best transit option for the corridor — heavy rail, light rail, or bus rapid transit.

“This historic project would improve transit service and job access for underserved communities in Brooklyn and Queens, serving a corridor that is currently home to 900,000 residents and 260,000 jobs, with expected growth of at least 41,000 people and 15,000 jobs in the next 25 years,” Hochul said in her state of the state address.

According to reports, the proposal is largely modeled after the Triboro Plan advanced by the Regional Planning Association, which recommended providing rail service connecting the Bronx, Queens, and Brooklyn by utilizing right-of-way freight lines.
RPA President Tom Wright is very happy with the plan of Hochul.

“We are especially pleased to see Governor Hochul propose the Interborough Express, which will utilize existing railroad tracks to create new transit services in Brooklyn and Queens — and has long been a priority for RPA,” Wright said.

Sources said the populations of both boroughs have increased significantly in recent decades, but many parts of Queens and Brooklyn lack accessible transit options and many commuters must make two or more connections to get to their destination.

Moreover, the governor said the planned line would connect residents and workers to the Long Island Railroad and 17 subway lines, significantly expanding access to jobs and services across the metro area.

It was learned that the Interborough Express would serve roughly 129,000 residents who make daily trips within or across Brooklyn and Queens as well as 85,000 commuters who work in Manhattan.

“For hundreds of thousands of people in the Interborough Express right-of-way, crossing from neighborhood to neighborhood is slow and tedious because existing subway lines are oriented toward Manhattan. Yet many new work opportunities, schools, and services are within the outer boroughs themselves,” she said.