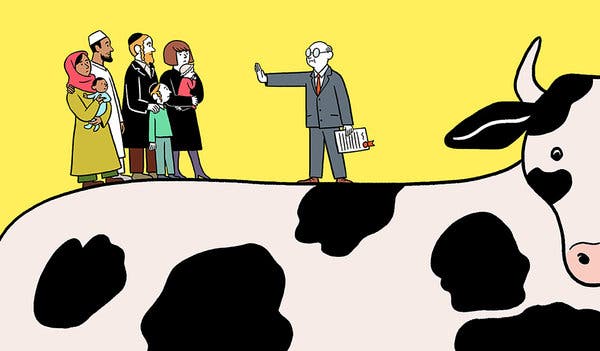 Earlier this week, the Greek Supreme Court formally banned Shechita across the country, siding with Animal welfare Groups on the matter. The Greek ruling was in response to a petition filed by the Panhellenic Animal Welfare and Environmental Federation.

Shechita is the Jewish religious and humane method of slaughtering permitted animals and poultry for food. It is the only method of producing kosher meat and poultry allowed by Jewish law. It is the most humane method as explained below. There is no ritual involved in shechita. Despite this nature of shechita, the opinion of the Greek court was, “there should be ways” to satisfy animal rights activists and the religious needs of Jews and Muslims.

The decision came after a ruling by the European Union last December, wherein the European Court of Justice ruled that member countries are permitted to ban shechita for the sake of animal welfare without infringing on the rights of religious groups.

In response to the matter, Rabbi Menachem Margolin, chairman of the European Jewish Association, which is based in Brussels, said, “We warned in December about the downstream consequences that the European Court of Justice ruling carried with it, and now we see the outcome. Jewish freedom of religion is under direct attack. It started in Belgium, moved to Poland and Cyprus and now it is Greece’s turn. What we are witnessing is rank hypocrisy. When it comes to antisemitism, governments and institutions rightly stand behind us. But when our faith and practice is assailed left and right by laws, they are nowhere to be seen, nowhere to be found. What use is it to protect Jews while legislating fundamental pillars of our religion out of existence?”