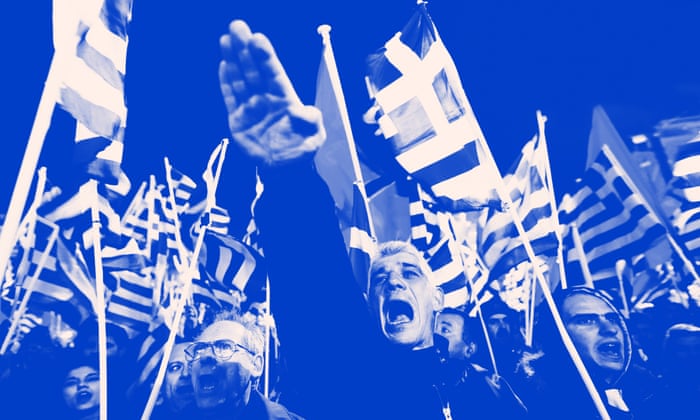 Celebrations were in order in Athens, as large crowds gathered outside the Greek court lauding the conviction of the Golden Dawn group, as the judges gave verdicts on 68 defendants. Leaders of the neo-Nazi party ‘Golden Dawn’ were found guilty of running a criminal outfit in the landmark case.

On Thursday, the Athens Appeals Court ruled that Golden Dawn operated as a criminal organization, systematically attacking migrants and leftists. Leader Nikos Michaloliakos and six colleagues were convicted of heading a criminal group. Supporter Giorgos Roupakias was found guilty of murdering an anti-racist musician and 15 others were convicted of conspiracy in the case. Fifty people were convicted on Wednesday, among them 18 former Golden Dawn members of parliament. The verdict translates into possible prison sentences of up to 15 years for the top members of the party. A trial that lasted over five years, the panel of three judges on Wednesday made political history by unanimously labeling the paramilitary party a criminal organization.

The judgment in Athens came as police and anti-fascist demonstrators clashed outside the courthouse, where some 15,000 people had gathered, as thousands of protesters demanded long jail terms, carrying banners that read “fear will not win” and “Nazis in prison”. Some 2,000 police were deployed around Athens Appeals Court and a few protesters also clashed with the police.

Nikos Michaloliakos founded the movement in the mid-1980s and was an admirer of Nazism and a Holocaust denier, giving the Hitler salute at party rallies. Golden Dawn officially denied being a neo-Nazi movement, but its badge closely resembled a swastika, some senior members praised Adolf Hitler, and the clothing of choice at anti-immigrant protests was black T-shirts and combat trousers. Witnesses told the trial that members were trained to handle weapons and used Nazi symbols.

The revolutionary decision went on to prove that fascism will no longer be tolerated in a democratic country that upholds the values of liberty and freedom.