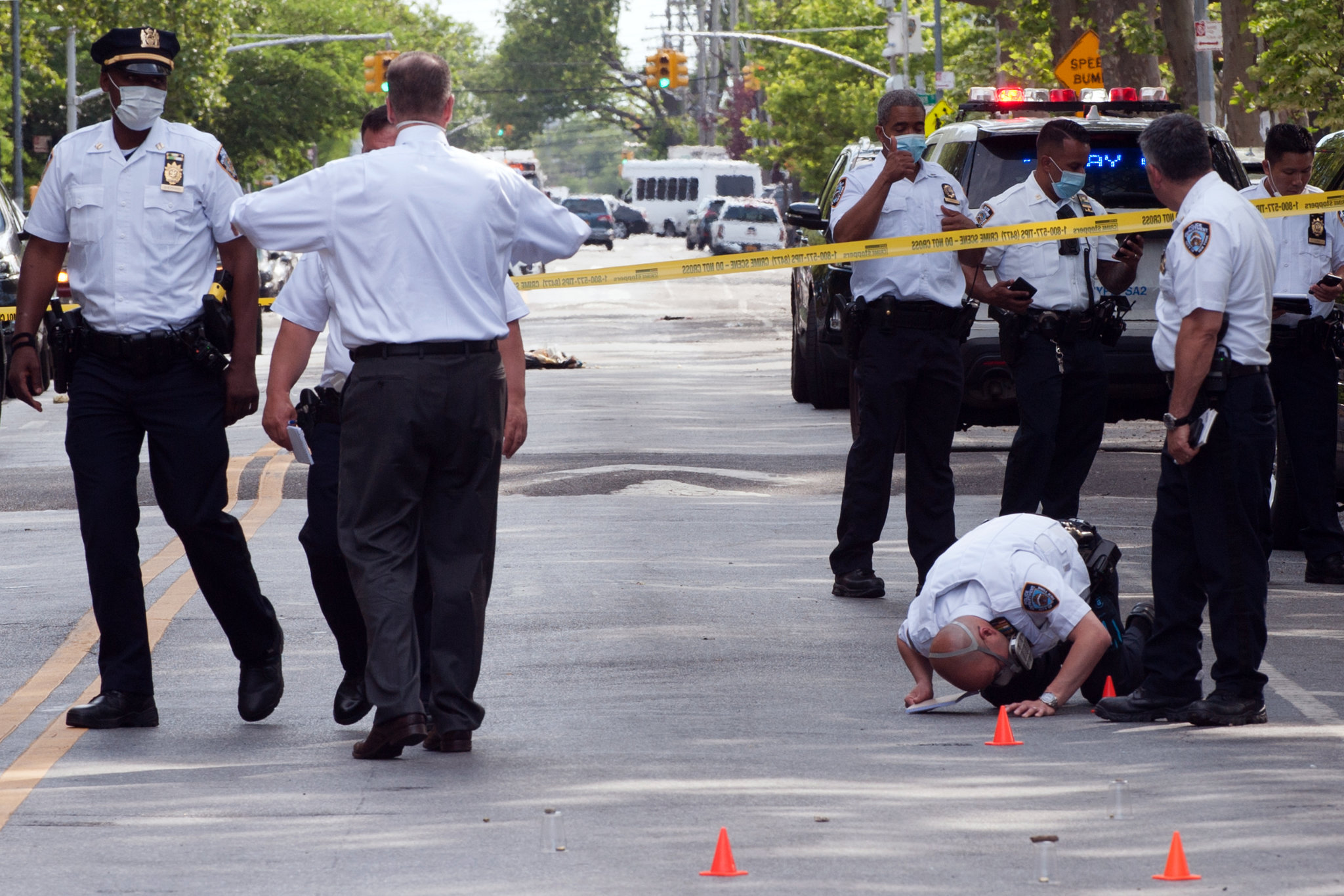 Gun violence has started becoming New York’s new normal. On another shocking day of multiple incidents reported at Brooklyn, Manhattan, Queens, Staten Island, and East Harlem, a 15-year-old boy lost his life and 10 others were wounded.

The teen, who was shot in the chest, died on the scene, while the older man was hospitalized with a gunshot to the knee, cops said. The evening’s bloodshed started at 145th St. and Jamaica Ave. just before 4:45 p.m., when a 36-year-old man was shot in the ankle.

In Brooklyn, a man in his 20s was shot in the abdomen on Nostrand Ave. at President St. in Crown Heights. Medics took him to Kings County Hospital in stable condition. Later, at around 7:50 p.m. when four men were shot in front of a bodega on Knickerbocker Ave. near Hancock St. in Bushwick, after getting into a fight with a trio of suspects, police sources said.

On the other hand, an off-duty NYPD cop narrowly escaped death when she was grazed in the head by a bullet meant for her sister’s boyfriend when gunmen unloaded more than 30 shots into the officer’s Long Island home, police sources said. The shooters have not been caught.