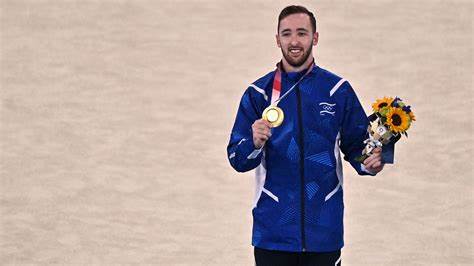 The Jewish world is in a jovial mood on Sunday after gymnast Artem Dolgopyat gave Israel its first-ever gold medal in the Olympics after Dolgopyat won the men’s floor exercise finals in the 2020 Tokyo Olympics.

The gold medal is also extra special since it is Israel’s second gold medal after Gal Fridman won a gold in men’s sailboard at the 2004 Athens Games.

Dolgopyat is very happy with his win since he won it with an inch to the teeth against Rayderley Zapata of Spain on a tiebreak.

According to reports, Dolgopyat and Zapata were both awarded a score of 14.933 during the event finals. The two had matching execution scores during their routines.

However, Dolgopyat got the gold because his set was slightly more difficult than Zapata’s.

The bronze medal went to Xiao Ruoteng of China.