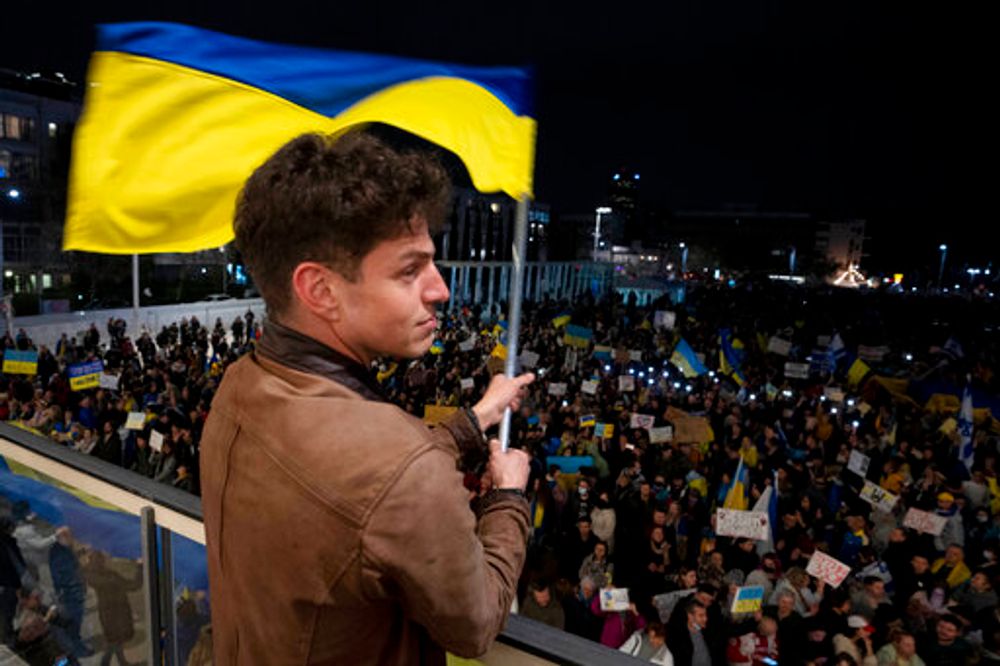 Set to address the Knesset today, Ukrainian President Volodymyr Zelensky’s address to Israel’s parliament via Zoom will be broadcasted live for the Israeli population at the Habima Plaza in Tel Aviv.

Ukraine’s leader will address the Knesset and government ministers on Sunday at 6 p.m. Israeli local time, and seeks to reach out to a wider section of the population with the broadcast.

The decision to show the speech at the plaza came after officials of the Ukrainian Embassy in Israel asked the Tel Aviv municipality to organize an event that would reach the broader Israeli public. Tel Aviv Mayor Ron Huldai said that he offered to broadcast Zelensky’s address over video link at Habima plaza, in the heart of the coastal city, “so that the Israeli public can hear the President live.”

Israel’s parliament will be one of many across the world that Zelensky will have addressed, and according to local reports, in response to Zelensky’s planned speech to the Knesset, Russia’s ambassador to Israel requested an “urgent meeting” with the speaker of the legislative body. With this, Israel is reportedly readying itself for the possibility that Russia’s President Vladimir Putin will also request to speak before Israeli lawmakers.