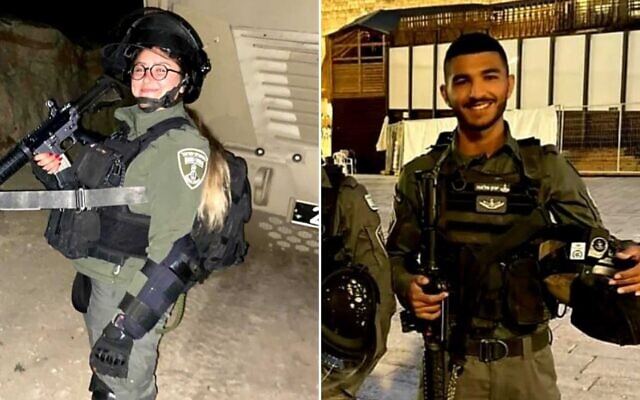 With Israeli police on high alert after the Islamic State attack in Hadera last night, the two people killed were identified as Border Police officers Yezen Falah and Shirel Abukarat, both 19, who saved many lives in the attack.

The Border Police said in a statement after midnight Sunday, that, “The two officers died in battle this evening with armed terrorists,” adding that three other officers were injured. “The soldiers fought with bravery, we share the sorrow and hug the families of the heroes Yezen and Shirel z’l who defended the citizens with their bodies and saved many lives,” the statement said, calling them “highly motivated young fighters who gave up their lives for the security of the people of Israel.”

The two terrorists who committed the attack were believed to be supporters of the Islamic State, and the terrorism came at a time wherein officials had been warning of a flare-up of violence before and during the holy month of Ramadan, which begins later this week.

Security camera footage of the horrific incident showed the two gunmen, bearded and wearing white overalls, opening fire at passersby and police officers at a bus stop in the city, close to several restaurants. The video showed one of the gunmen shooting several times at a victim lying on the ground, before snatching that person’s rifle. He also opened fire on a man seen riding past the scene on a bicycle.

Both of the terrorists were later shot dead by members of a unit of undercover officers who were eating at a nearby restaurant.