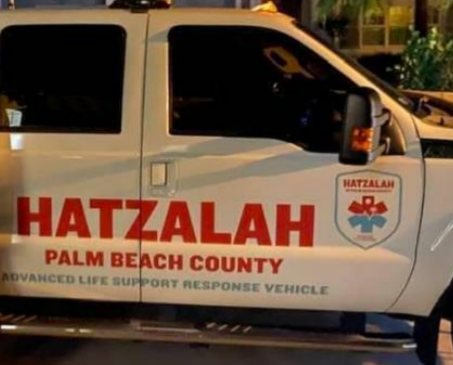 According to reports, a suit for trademark violation could be filed against “Hatzalah Palm Beach” for operating without permission from the local Boca Raton Rabbonim as well as by Chevra Hatzolah, which holds the trademark license, granting the rights to use the name Hatzolah (in all forms of spelling) in the U.S.

Sources said despite the lack of proper licenses the group still announced to the public via WhatsApp that they are “live” anyways.

The despicable act is considered as an affront to the local Vaad Harabbonim of Boca Raton who were blindsided by the announcement.

It was learned that the group’s “license agreement” with Palm Beach County, states clearly they have “Special Secondary Service” in THREE housing developments, none of which are in Boca or anywhere near the Boca communities they claim to serve.

It was also discovered that the group is making false claims to the public to “bridge the gap” until an ambulance arrives on the scene.

Such a claim by the group is false since, in an emergency situation, the caller would first need to call 911 and then Hatzalah.

No Hatzalah ambulance would be dispatched because this group is not authorized to transport patients and has no license for ambulances.

Moreover, it was further learned from Chevra Hatzolah that first and foremost to begin the process of opening a new Hatzalah chapter, local rabbinical support is necessary, which they allegedly have not received.

Second, is the approval and licensing agreement granted by “Central” Chevra Hatzolah, which they did not obtain.
It was also learned that the group has already been told to stop but they just ignore the call.

With the illegal “Hatzalah” operation undertaken by the group, a legal case could be filed against them to stop them from their sinister and illegal act.