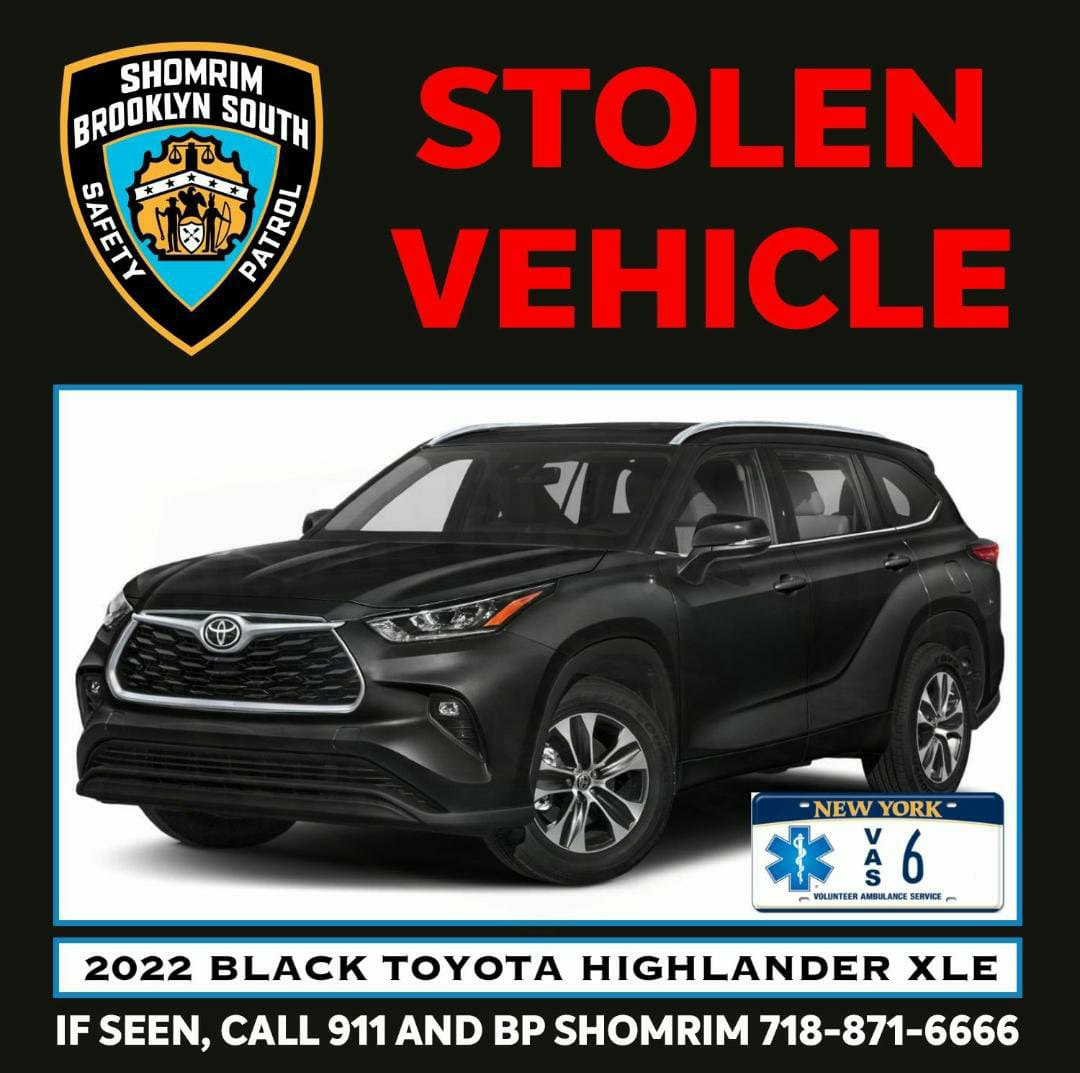 On Friday afternoon, a 2022 black Toyota Highlander, which Hatzalah owns, was stolen while parked outside the Boro Park Center on 10th Avenue and 49th street.

The volunteer went to the Boro Park Center to deliver something around 7:30 p.m. when his car was stolen when he returned to drive it.

The Boro Park Shomrim is asking the public to help them find it since the vehicle contained thousands of dollars of emergency equipment.

Anyone who has information on the missing vehicle with plate number VAS-6 should immediately call 911 and BP Shomrim at 718-871-6666.

Update: At around 9 AM on Sunday morning, the vehicle was found just a few blocks from where it was originally stolen from. The NYPD is conducting investigations and collecting evidence in an attempt to apprehend the perpetrator.