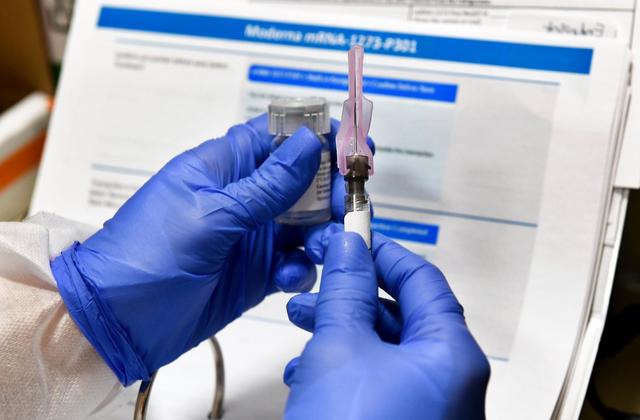 A 15-member Advisory Committee on Immunization Practices at the Centers For Disease Control voted to give priority to frontline healthcare workers and residents of long-term care facilities, as soon as the coronavirus vaccine is approved by the FDA.

A population constituting about 23 million Americans, these two groups will make up Phase 1A of U.S. vaccine recipients who will receive the first 20 million or so doses that could be available by the end of the year.

The FDA is currently reviewing two highly efficacious vaccines, from Pfizer-BioNTech and Moderna, for emergency use authorization. Once approved, the rollout of vaccines is expected to begin in mid-to-late December. According to current estimates, no more than 20 million doses of the two vaccines from drug-makers Moderna and Pfizer will be available by the end of 2020, meaning the shots will have to be rationed in the early stages.

As stated by the CDC, there are around 21 million healthcare workers, including people who work in hospitals, long term care facilities, home healthcare, pharmacies, emergency medical services as well as in public health, and about 3 million older Americans living in a skilled nursing or long term care facilities. According to these metrics, the first large-scale distribution of the vaccine would be adequate to administer the first population, before all other citizens are inoculated next year. According to experts, the vaccine probably won’t be widely available until the spring.

Although the panel’s recommendations are rarely dismissed by the CDC, it is not binding on the committee to adhere to the advice, and it solely depends on the CDC whether or not they should go according to what has been recommended. In the four hour meeting, the committee discussed in detail who within these two priority groups would get access first when doses are limited early on. For example, the committee wanted to ensure that people who work directly in providing patient care will be first in line.

This being said, the FDA will be meeting on Dec. 10 to discuss the application from Pfizer, and then on Dec. 17 to consider the application from Moderna. Once approved, the advisory panel will meet again, to decide who should be next in line for the second phase of the vaccine distribution with possibilities including teachers, police officers, firefighters, other essential workers, and people with underlying health conditions.