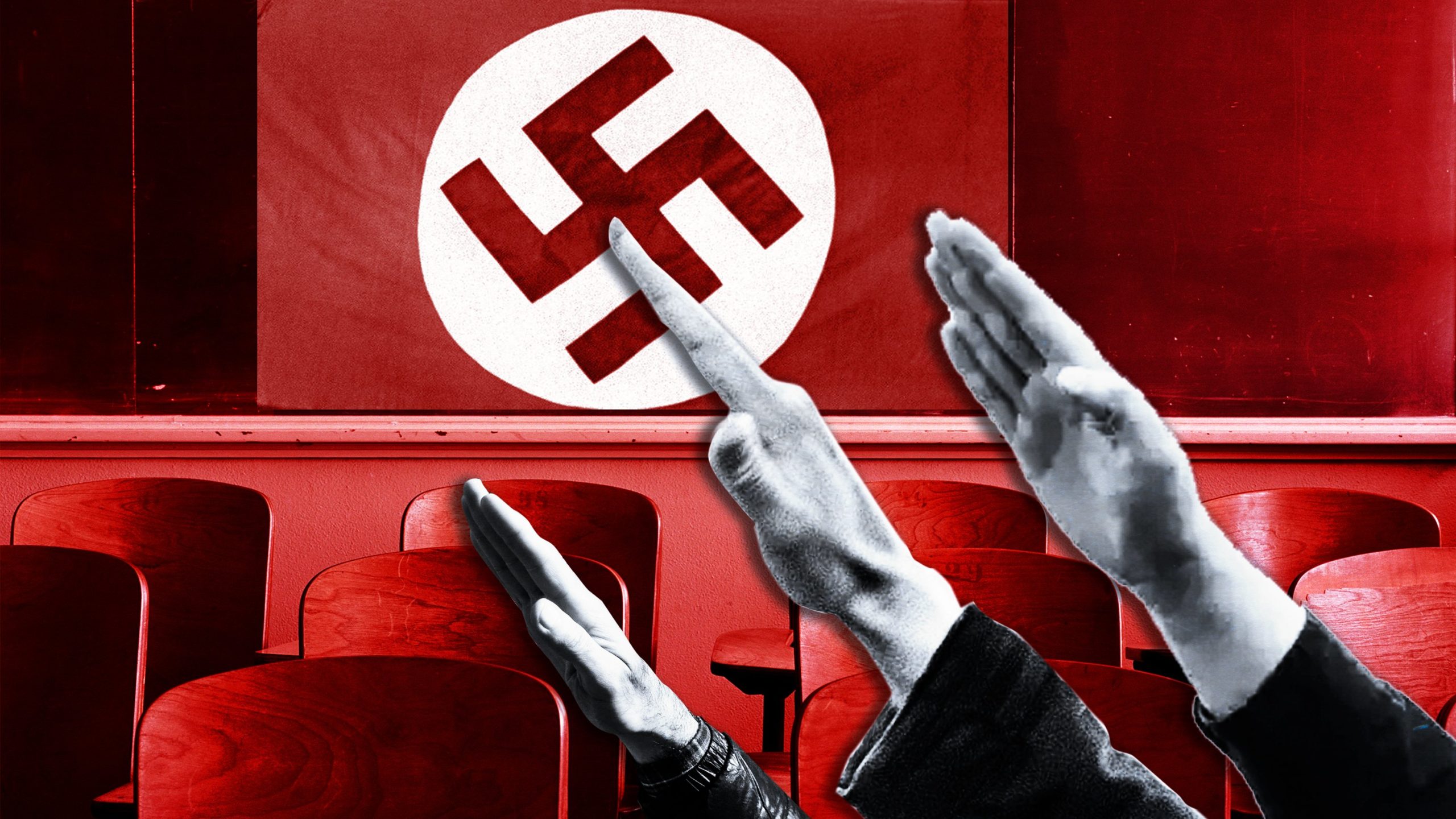 Amidst a spate of antisemitic incidents in Texas, this time, a disturbing sign with the words ‘Heil Hitler’ caused immense distress for the local Jewish community in San Antonio.

The bizarre sign outside a local garage features the words “Heil Hitler” and the Nazi swastika. The sign, in large red letters on a white banner, has been on display at the entrance to the Budget Automotive Repair shop on Quintana Road. The entire sign reads  “Heil Hitler and Dr. Porsche (sic) How Many Poisoned Jews Does it Take to Make An Audi?” with the “e” in “Heil” rendered as a swastika.

The controversy over the sign at the automotive store comes less than a week after a group of neo-Nazis demonstrated outside a Jewish community center in San Antonio, displaying swastikas and virulently antisemitic signs.

When interviewed by local media, the owner of the garage, Frank Pena, said that it was his right to display the sign under the terms of the First Amendment.

Reacting to the incident, the city’s mayor, Ron Nirenberg, reiterated on Tuesday that racism and antisemitism would not be tolerated. “We don’t tolerate that here in the City of San Antonio. We’re an inclusive community and we will stand with our neighbors when they’re under attack,” Nirenberg said.