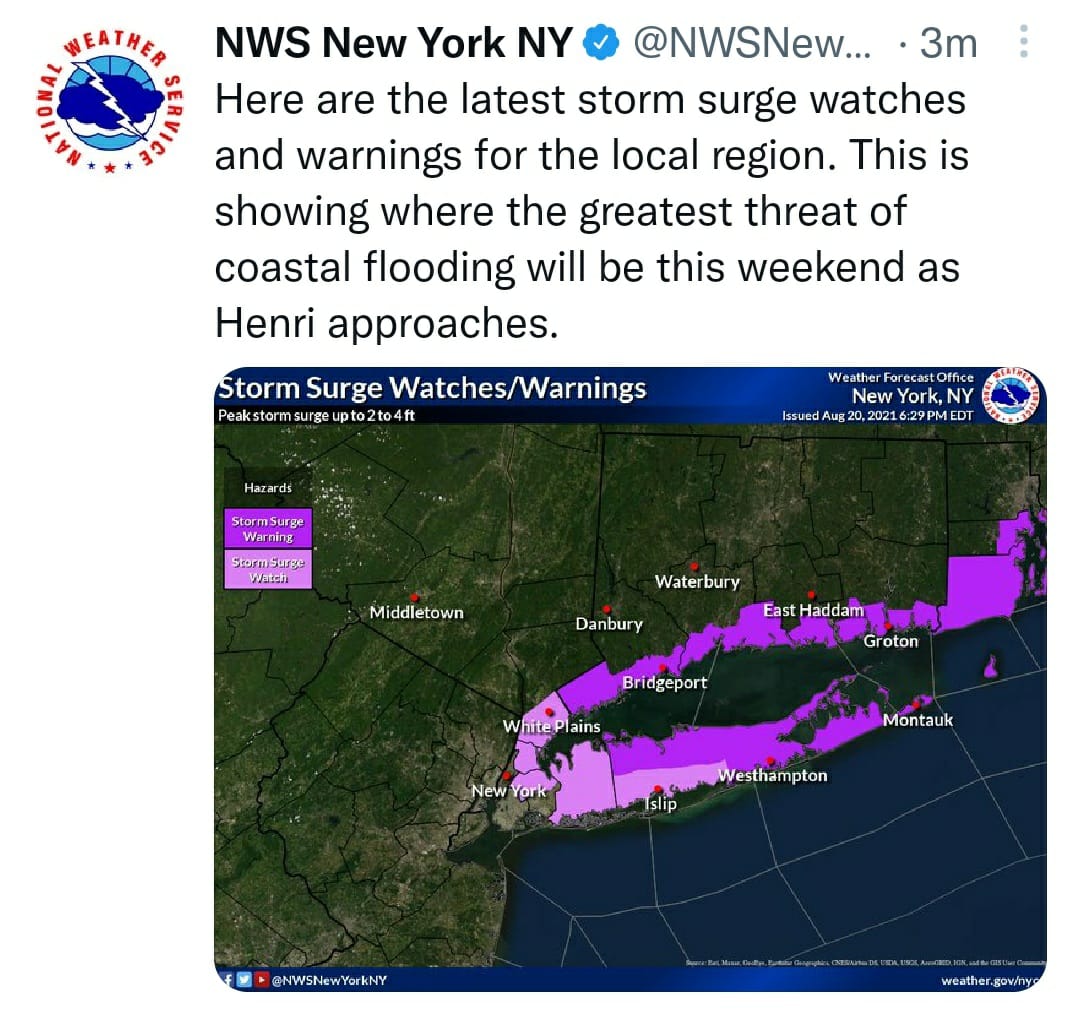 New Yorkers who have no urgent business outside need to stay indoors over the weekend.

According to reports, tropical Storm Henri will hit the New York area with hurricane-strength winds and potential storm surges that have already shut down local beaches and prompted severe weather warnings along Eastern Long Island.

Based on the latest weather advisory, Henri is expected to hit the Hamptons as a category one hurricane around 7 a.m. Sunday, packing winds up to 75 mph and heavy rains through much of the region.

The Accuweather revealed the tropical storm will carry four to eight inches of rain in the eastern Long Island.

To avoid injuries, officials throughout the Northeast advised residents in the storm’s path to stay indoors and prepare for flooding and potential widespread power outages.

It was learned that city officials already closed all city beaches on Sunday and Monday.

Due to the storm, Sunday’s NYC Five Boro Bike Tour, however, was postponed to Aug. 29.