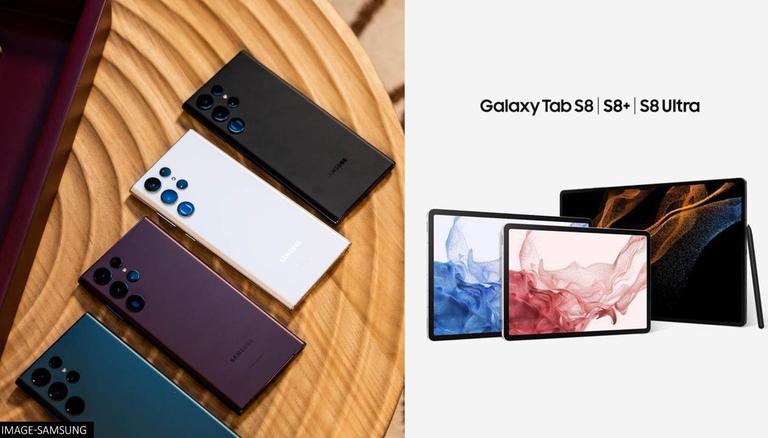 At the power-annual event on Wednesday, Samsung introduced a new lineup of Galaxy S22 phones: the Galaxy S22 and Galaxy S22 Plus, while also announcing the Galaxy S22 Ultra with an included stylus- which is essentially a successor to the once-popular Galaxy Note line.

The star of the show, the Galaxy S22 Ultra is the new Galaxy Note but with an even better response time at 9 milliseconds for the S-Pen stylus. The camera hardware is similar to the previous model with a 108-megapixel main shooter, 3x and 10x telephoto cameras, and an ultra-wide, but the low-light quality and portrait mode with depth mapping are improved. RAW shooting is also now available on the device, and the device can fast-charge at 45W.

The Galaxy S22 Ultra starts at $1,199 with 128GB and comes in a variety of colors (some of which are exclusive to Samsung’s own store).

Quite similar to the Galaxy S21 models, these two devices have some new matching colors for the camera bump and body instead of contrasting colors.

The phones come with an addition of the Gorilla Glass Victus Plus on both the front and the back instead of the cheap plasticky glass that the previous base models had. The screens are 6.1 and 6.6 inches, respectively, both with 2340×1080 resolution. The cameras are improved with better night imagining and a better portrait mode.

Samsung’s new and impressive Galaxy Tab S8 Ultra has a huge 14.6-inch OLED screen and starts at $1,099.99. The Galaxy Tab S8 12.4-inch (Plus) and 11-inch Galaxy Tab S8 models have 120Hz refresh rate displays, but the bigger one now has an OLED screen. They run Android 12 and can also connect to a Samsung PC as a second screen.