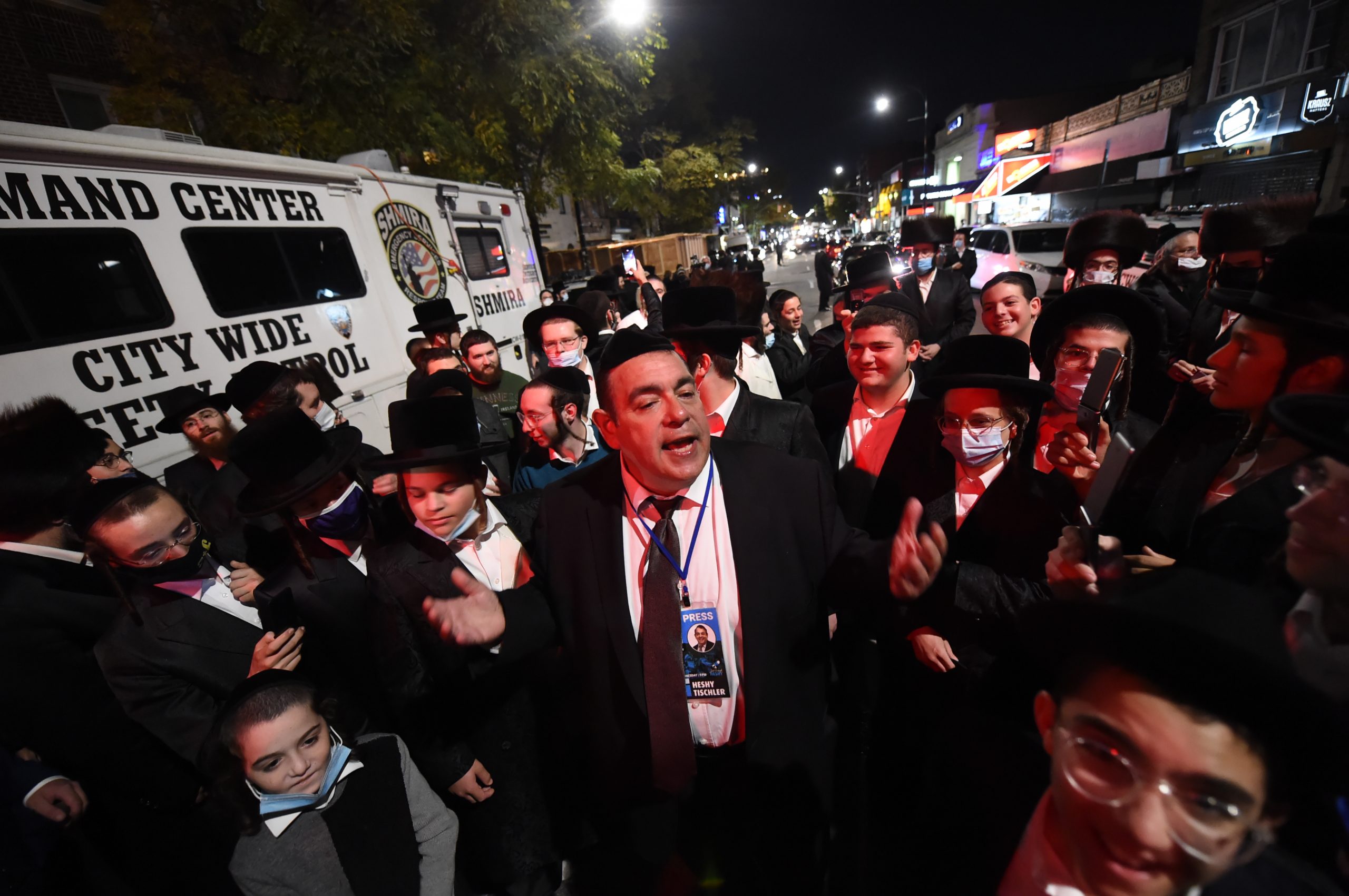 The NYPD arrested New York City Council candidate Harold Tischler on Sunday night, in connection with the assault on a Jewish reporter during the Wednesday night protests against the NYC administration.

The arrest was made in Brooklyn, a day before Tischler was to surrender wilfully. On Friday, Tischler tweeted that he’d turn himself in to police Monday morning for the alleged attack on Jewish Insider reporter, Jacob Kornbluh, but the NYD decided not to take his word for it.

The law enforcement officers took away Tischler from a residence in Boro Park, and the Orthodox leader is reported to be charged with inciting a riot and unlawful imprisonment. The arrest was caught live on a viral video that was circulated almost immediately, showing Tischler trying to reason with the officers, saying that he “had a deal” with the NYPD, whilst being escorted into a dark minivan as dozens of spectators gathered.

In his immediate defense, while being taken away, Tischler was seen saying in a video posted on Twitter, “You’re coming to arrest me now…. I told you they were going to trick me. I called. I even spoke to the chief. They tricked me. They’re telling everybody that I was supposed to be arrested tomorrow.”

Heshy Tischler, the right wing agitator who led a mob attack on @jacobkornbluh last week, was just arrested in Borough Park. He previously claimed to have struck a deal with police to turn himself in on Monday pic.twitter.com/G3V1LHqgpX

This arrest comes after the attack on Kornbluh on Wednesday, wherein the reporter claimed that he was hit on the head and called a ‘Nazi’, as he tried to gather footage of the protests staged by Orthodox communities against the discriminatory restrictions last week.

In an appearance on Brian Lehrer’s WNYC radio show on Friday, Mayor de Blasio said Tischler’s arrest was imminent. “An arrest is expected in that case shortly, and obviously that just can’t happen. You cannot have someone assaulted for trying to actually report the news to everyone,” de Blasio said.

In response to this news, Tischler stated in a video posted on Twitter, “I just got a call from the precinct. They will be arresting me Monday morning. I’ll be taken in for inciting a riot. I will, of course, be pleading not guilty and Mr. Jacob Kornbluh is a very terrible, bad man.”