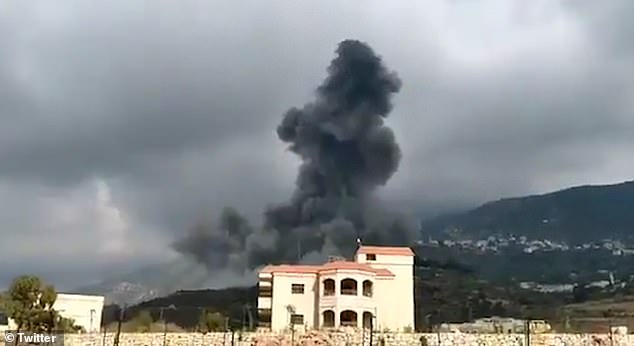 After a major blast that killed 200 in Lebanon earlier this year, an arms depot of the Iran-backed Shi’ite Muslim group Hezbollah exploded in southern Lebanon on Tuesday.

Injuring several and sending a new shockwave across a nation that was still recovering from the massive blast this year, Hezbollah operatives claimed that the arms depot blast was caused due to a mere “technical error.”

According to the Lebanese army, the blast occurred in a building in the southern village of Ein Qana, about 50km (30 miles) south of the capital Beirut, on Tuesday. As investigations were underway, Hezbollah’s media office told Al Jazeera that the blast at the depot, which sent up a thick column of black smoke, was nothing but a technical error.

The explosion rocked the village of Ain Qana in south Lebanon, a political stronghold of the heavily-armed and politically-powerful group which has fought wars with neighboring Israel, in demand for a rightful land for Palestinians.

The building where the blast occurred is said to belong to a Hezbollah affiliated de-mining association. Immediately after the blast, Hezbollah members imposed a security cordon around the blast area, barring journalists from reaching it. Footage broadcast by the local Al Jadeed station showed damage to buildings and debris scattered across a large area. The shaky footage also showed what appeared to be a minibus on fire, along with a wrecked SUV parked outside a damaged house.

Still reeling from the catastrophic explosion that gripped the Beirut port seven weeks back, sources from a nearby village said that they felt the ground shake.

Caused by the detonation of nearly 3,000 tonnes of improperly stored ammonium nitrate, the earlier explosion of gargantuan proportions killed nearly 200 people, injured 6,500, and damaged tens of thousands of buildings in the capital, Beirut.

Although it is still unclear as to what led to the explosion, security sources said there were several injuries without giving figures, and mentioned that an investigation is still underway.