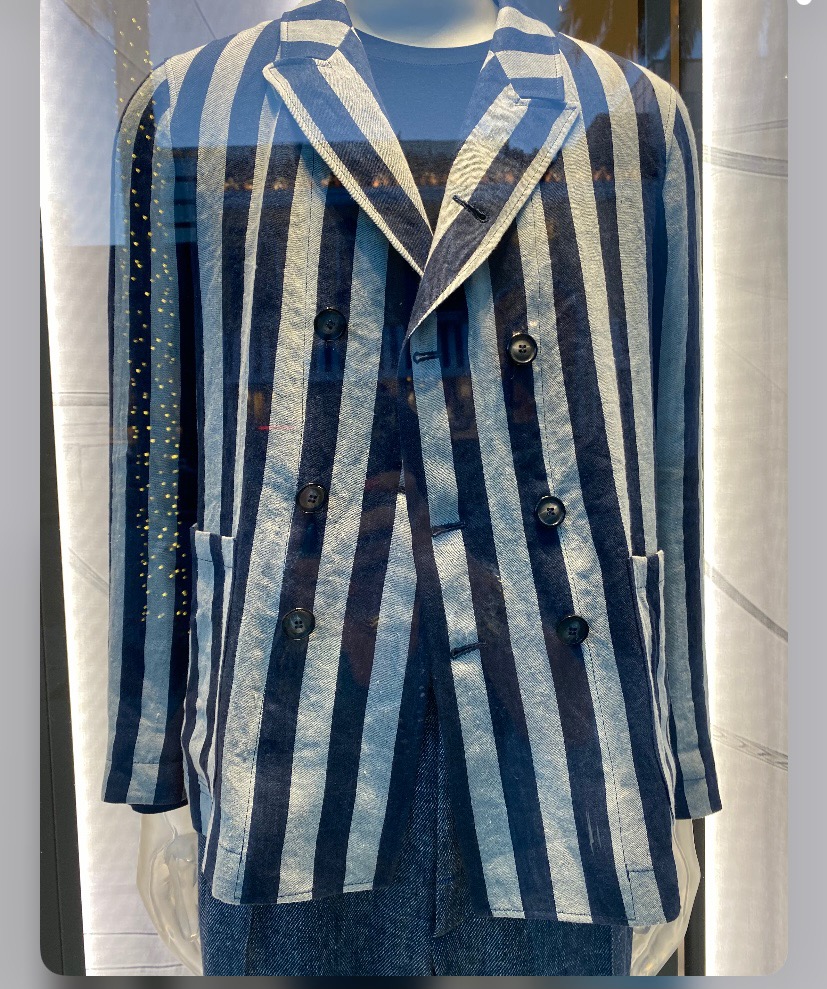 Responding to a request by Jewish watchdog group StandWithUs, the global fashion house Giorgio Armani took down from sale a blazer that shockingly resembled a Holocaust concentration camp uniform.

Causing a stir amidst Jewish populations, earlier this week, luxe fashion house Giorgio Armani was beseeched by StandWithUs to remove a grossly anti-semitic clothing item from their sale. The blazer, which was part of the brand’s spring-summer 2021 Men’s Collection, was also shared on Armani’s official Instagram page.

Reacting to this, Roz Rothstein, CEO, and co-founder of StandWithUs, first shared the photo of the “offensive” black-and-white vertically striped jacket on Twitter, after it had been displayed outside an Armani store in Beverly Hills, California. She instantly shared the picture, with a caption that read: “A better view of the new offensive Armani jacket displayed in Beverly Hills. Armani: apologize and remove it!”

A better view of the new offensive Armani jacket displayed in Beverly Hills. Armani: apologize and remove it! pic.twitter.com/RU23u60X78

Meanwhile, StandWithUs- the pro-Israeli organization headed by Rothstein tweeted on its page, “This is an awful look for anyone who cares about Holocaust memory or for anyone with their own personal memory of Nazi concentration camp uniforms that prisoners were forced to wear. Georgio Armani should rethink and withdraw this insensitive ‘style.’ ”

The organization later announced on Twitter that Armani responded to its request by pulling the item. The photo of the jacket on Armani’s Instagram page was also deleted. The post read, “I want to personally thank @armani for removing this jacket from their collection! Thank you for being so responsive to our request and to our wonderful friend and activist, Janet Rosenblatt @standwithus.”

In similar instances of global brands making anti-semitic and holocaust-alluding gaffes, earlier this year, the Amazon logo had come under fire for resembling Hitler’s mustache. According to some, the logo resembled the face of Adolf Hitler and jagged edges looked like his toothbrush-style mustache. This design of the new logo was unveiled in January after replacing a shopping cart logo that Amazon had used for more than five years. After the new logo received a lot of criticisms, Amazon tweaked the new logo, on February 22, from jagged edges of the blue tape to a simple blue tape, folded from one edge. However, this still didn’t make netizens happy as it still very much resembled Hitler’s face, according to them, and is not representing the delightful smile of their customers. Similarly, in 2002, sports brand Umbro was criticized after one of its trainers was found to have the same name as the toxic gas the Nazis used to murder millions of people across Europe.