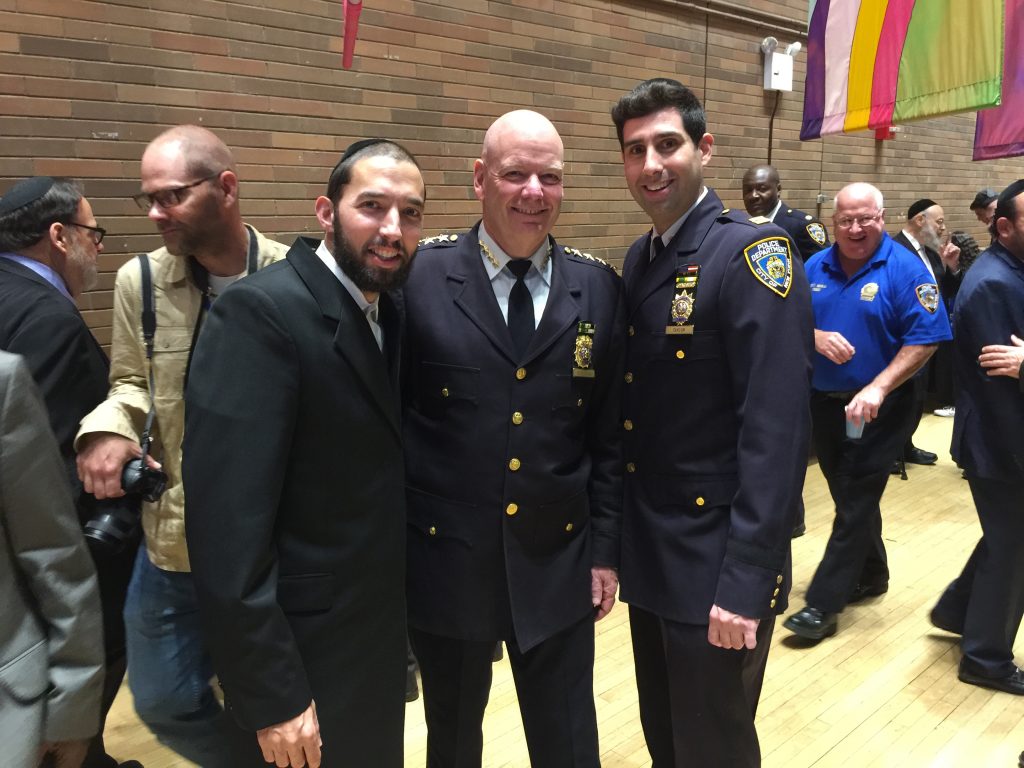 An officer who already made history last year is set to rise up to the rank of full inspector in an NYPD ceremony next week, making the Jewish community proud.

NYPD Deputy Inspector Richie Taylor, a resident of Flatbush, is being promoted to Full Inspector in an NYPD ceremony next week. Last year, Taylor made history upon his promotion to Deputy inspector as the highest-ranking yarmulka-wearing officer in NYPD history.

Before becoming a police officer, Taylor, who continues making a Kiddush Hashem each day was a New York State Emergency Medical Technical and a member of Hatzalah. He responded to the World Trade Center on 9/11, arriving before the towers collapsed. At the age of 15, he started as a Police Explorer in the 61st Precinct, and in 2005 he was sworn in as a Police Officer. He was promoted to Sergeant in 2010, Lieutenant in 2014, Captain in 2016, and Deputy Inspector in 2020.

Deputy Inspector Taylor has been recognized and honored by the NYPD on numerous occasions and was the recipient of the September 2016, 61st Precinct Cop of the Month Award for effecting a firearm arrest while soloing.