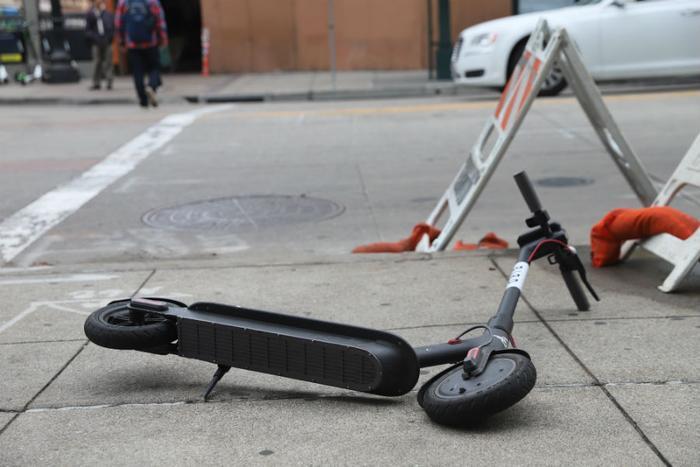 The Central Rabbinical Congress of the U.S.A. and Canada, also known as the Hisachdus Harabonim, on Wednesday, issued a public statement banning the use of e-scooters.
Citing various instances of serious and fatal injuries from riding e-scooters, the board of Rabbis said that they had been approached by numerous members of the medical field to discuss the ongoing hazards of electric scooters, which have become increasingly popular in recent months.

After paying much thought and looking at the number of injurious incidents, the Central Rabbinical Congress determined that scooters are prohibited by Jewish law, just as any other object that poses a danger to human life.
“Those who heed our words will live securely and be blessed with an abundance of goodness,” said the Rabbis in the statement, also urging parents to warn their children about the same.
Apart from the Rabbis, State Senator Simcha Felder also slammed the use of the scooters in NYC last spring, saying, “The streets of NYC have become the wild, wild west. The de Blasio administration has allowed a growing number of completely unregulated bicycles, e-bikes, electric scooters, and dirt bikes/ATVs on our city streets, and the results are proving deadly. Vision Zero has become zero vision.”