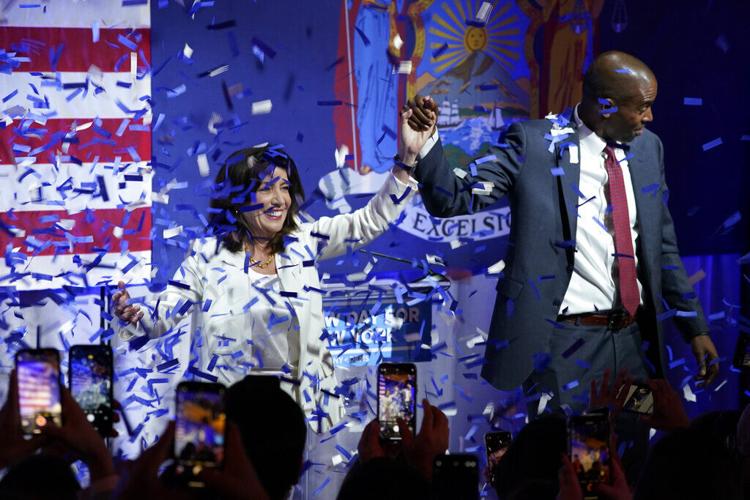 On Tuesday, NY Democrats chose Kathy Hochul as their candidate to run for the final gubernatorial race, while the Republicans chose Jewish candidate Lee Zeldin to represent the party.

Hochul gave an election night speech Tuesday on a stage underneath a glass ceiling at an event space in Manhattan, where she said, “I’m also here because I stand on the shoulders of generations of women, generations of women who constantly had to bang up against that glass ceiling. To the women of New York, this one’s for you.” If elected, Hochul will be the first woman to win the election to the New York governor’s office this fall.

Hochul repeated that in her Tuesday night speech, proclaiming that the state had “gone on the offense to protect abortion rights” and “making the world know that New York State is a safe harbor for America’s women.”

“We must answer one question,” she said. “Are we going to move New York forward, or let the far-right extremist drag our state backwards?”

On the other side is U.S. Rep. Lee Zeldin, who won the Republican Party’s nomination Tuesday. Zeldin is a staunch ally of former President Donald Trump and was among the Republicans in Congress who voted against certifying the 2020 election results. The Long Island congressman will try to become the first Republican-elected governor in New York since Gov. George Pataki was reelected in 2002.