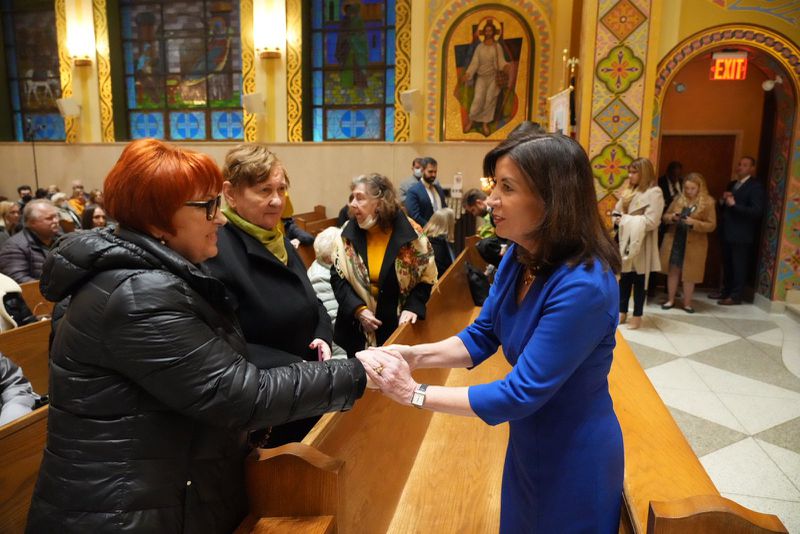 New York governor Kathy Hochul on Wednesday assures Ukrainians living in New York that the state fully supports them in their ongoing battle with Russia invaded them.

Hochul said the state will offer refuge to those Ukrainians who seek refuge in New York.

“On behalf of 20 million New Yorkers, I’m here to say, with resolve in my heart, that we stand against this tyranny,” Hochul said at an overflowing evening service at the St. George Ukrainian Catholic Church in the East Village.

“This is personal to us,” Hochul added.

She said New York is home to the largest Ukrainian population in the entire United States, and she is happy and proud to serve them.

Earlier, as a form of retribution for invading Ukraine, Hochul has ordered state agencies to divest public dollars from Russia.

“Russia will regret the day that they had the audacity to challenge the people of this great country — because you have allies in every corner of this planet,” she said.

“New York is with you,” she added.

Ukrainians who attended the service express thanks to the gesture of Hochul.

“It was wonderful to hear her support us,” Luba Labunka, who is a Ukrainian-American said.