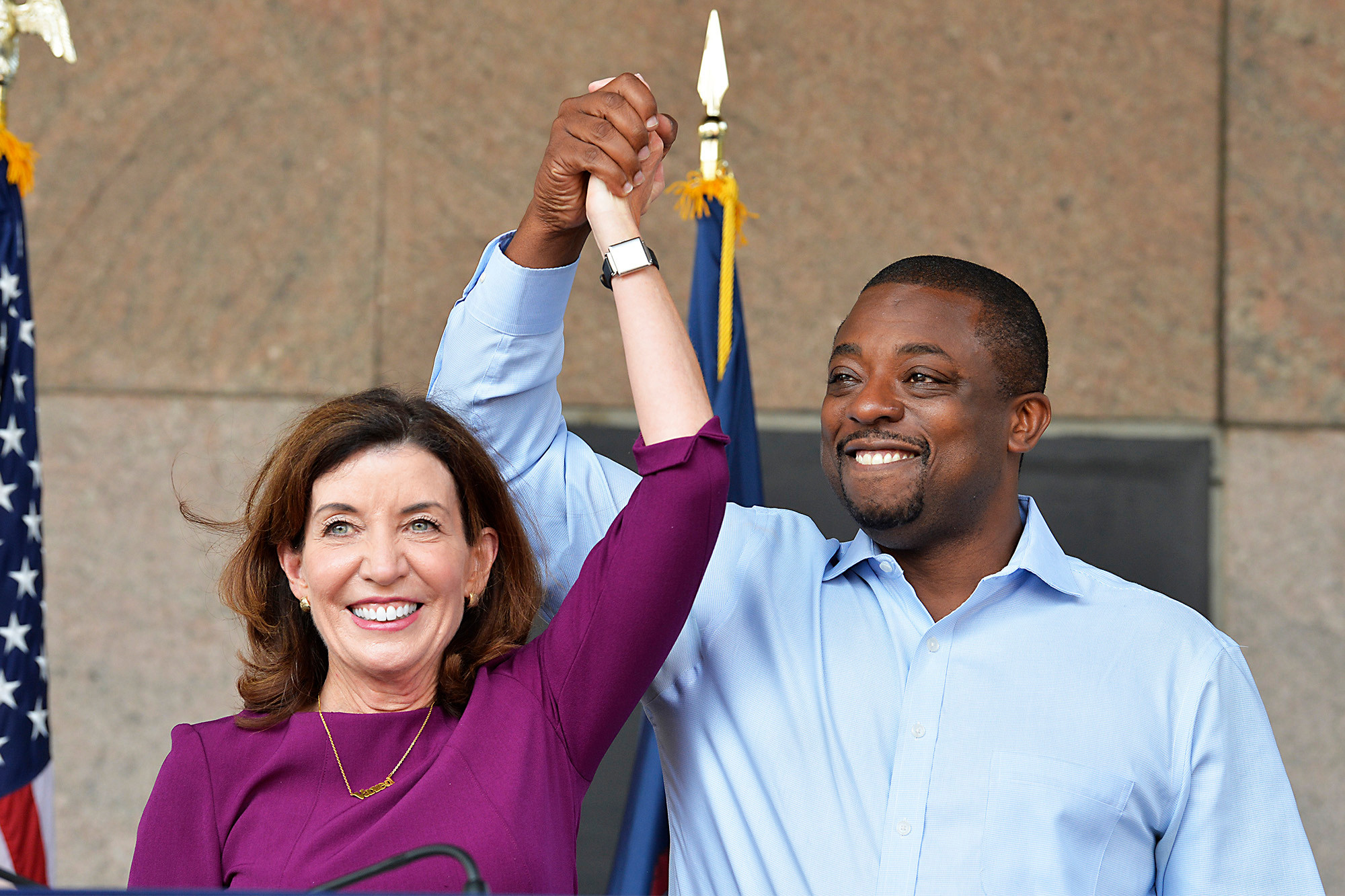 Gov. Kathy Hochul is happy and confident of her decision of picking incoming Lieutenant Governor, Democratic state Sen. Brian Benjamin, as her “partner”.

In a press conference in Harlem held Thursday, Hochul said she is proud and happy to work alongside Benjamin in serving the people in the state of New York.

“I am so delighted to announce my partner — and the word partner means something to me. Someone who works side by side in the trenches,” Hochul said.

“Someone who will be out there championing our policies and our administration’s agenda in every corner of the state, with a real focus on New York City,” Hochul added.

Hochul said Benjamin is a man of action a proven by his impressive track record.

“I want him to have a broad portfolio to work on,” the governor added.

Benjamin for his part is happy with the trust and confidence given to him by Hochul.

“Governor Hochul is someone who I have a lot of faith in and it’s not just because we did so many important things together over my four years as being a state senator. It’s because of the moments we had, the conversations we had, where I was able to see inside her heart,” Benjamin said.

“I knew the kind of person she was before she had power. And you could tell a lot about someone before they have that ultimate power,” Benjamin added.