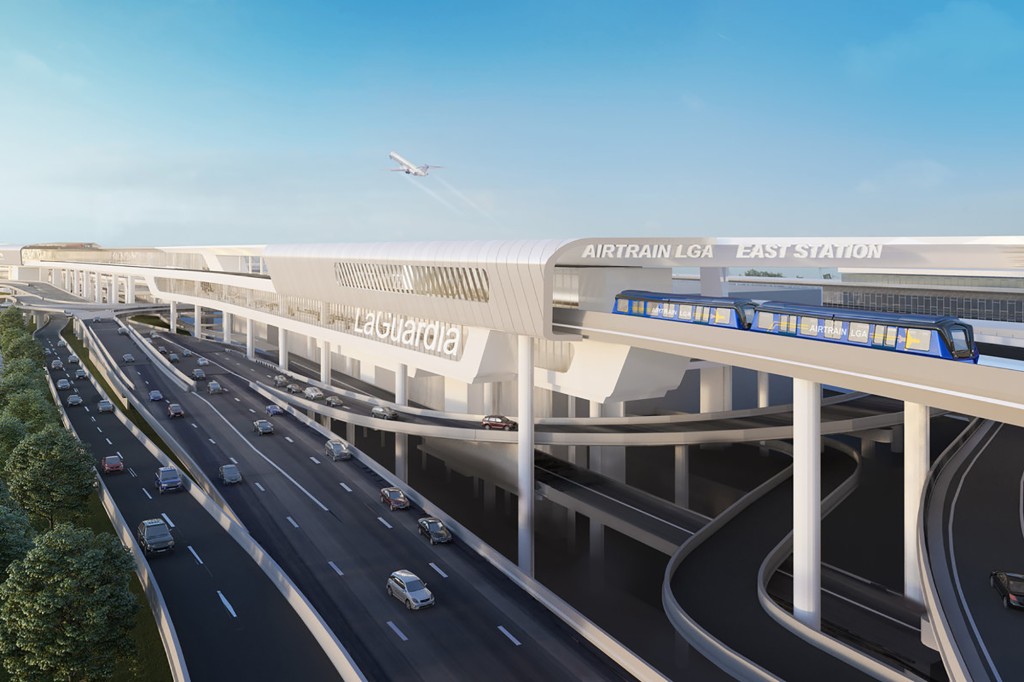 According to an unsigned statement posted on the Port Authority, officials stated, “At Governor Hochul’s request, the Port Authority is undertaking a thorough review of potential alternative mass transit options to LaGuardia Airport.” The agency promised to “work in close consultation with independent experts and stakeholders, and will complete its work as expeditiously as possible, consistent with the need for the review to be thorough and rigorous.”

Cuomo’s proposed route would force Manhattan-bound riders to first travel east away from the island before connecting to the subway or LIRR at Willets Point and then heading back west.

Just last week, Hochul said in a statement, “We must ensure that our transportation projects are bold, visionary, and serve the needs of New Yorkers. I remain committed to working expeditiously to rebuild our infrastructure for the 21st century and to create jobs – not just at LaGuardia, but at all of our airports and transit hubs across New York. There were alternatives on the table that even the FAA said that people were saying people were not looking at as close as they should.”