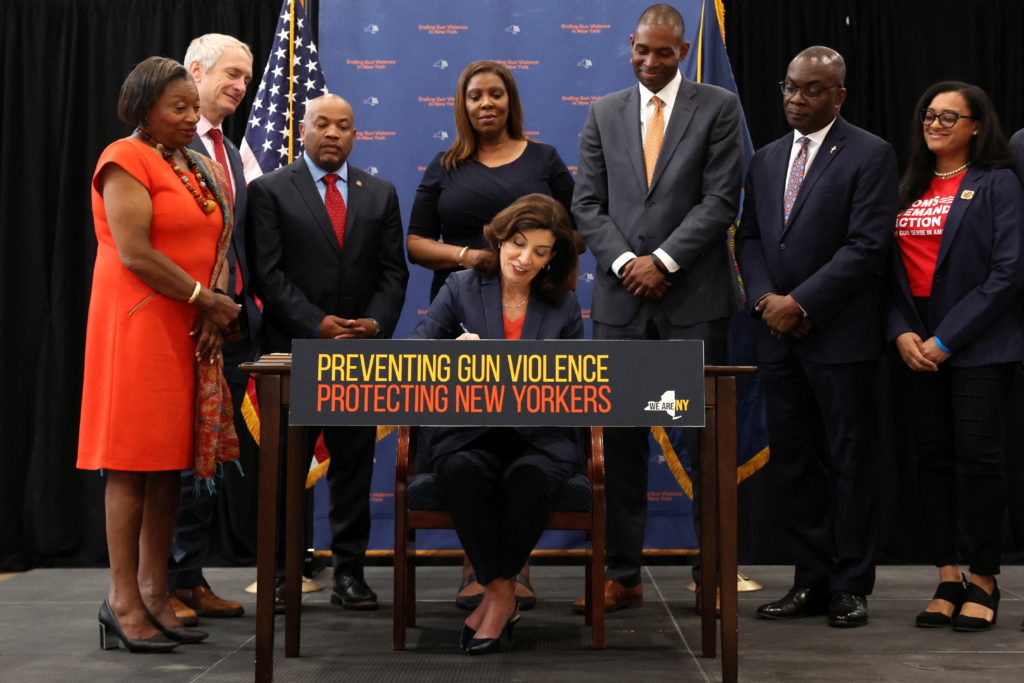 In a swift action after the deadly Uvalde Elementary School massacre, the state of New York will no longer allow citizens below the age of 21 to buy or own semiautomatic rifles.

NY Governor Kathy Hochul on Monday signed a new law, making the state among the first to enact a major gun control initiative following a wave of deadly mass shootings. Hochul signed a total of 10 public safety-related bills, including one that will require microstamping in new firearms, which could help law enforcement solve gun-related crimes.

One of the bills also revised the state’s “red flag” law, which allows courts to temporarily take away guns from people who might be a threat to themselves or others. Part of New York’s new law will also require all purchasers of semiautomatic rifles to get a license, something now required only for handguns.

This being said, people age 18 and over will still be allowed to own other types of long guns, including shotguns and bolt-action rifles.

“In New York, we are taking bold, strong action. We’re tightening red flag laws to keep guns away from dangerous people,” Hochul said at a press conference in the Bronx.

On the other hand, proposed federal legislation that would require buyers of semiautomatic weapons to be 21 is advancing in the U.S. House but is seen as facing long odds in the Senate.