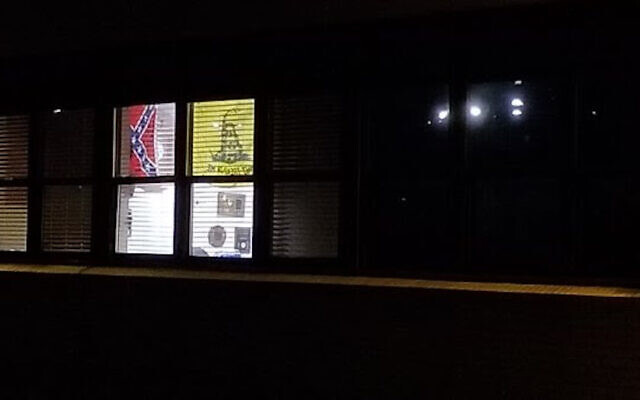 The bill defines symbols of hate as including, but not limited to, symbols of white supremacy, neo-Nazi ideology or the Battle Flag of the Confederacy. Excluded are symbols that serve an “educational or historical purpose,” such as in a museum or book.

“Public property belongs to all of us, and this measure is critical to ensure that our public property isn’t being used to promote hatred,” said Kaplan in a press release. “You would think it was common sense that taxpayer-owned property couldn’t be used as a platform for hate, but shockingly there was no law on the books saying so — until now.” Public property is defined as a school district, a fire district, volunteer fire company or police department and the taxpayer-funded equipment they use.

In a press release after signing the legislation, Hochul said, “The recent and disgusting rise in racist, homophobic, and hateful behavior will never be tolerated in New York. There is no reason for a symbol of hate to ever be on display, let alone by a police or fire department charged with protecting their community.”