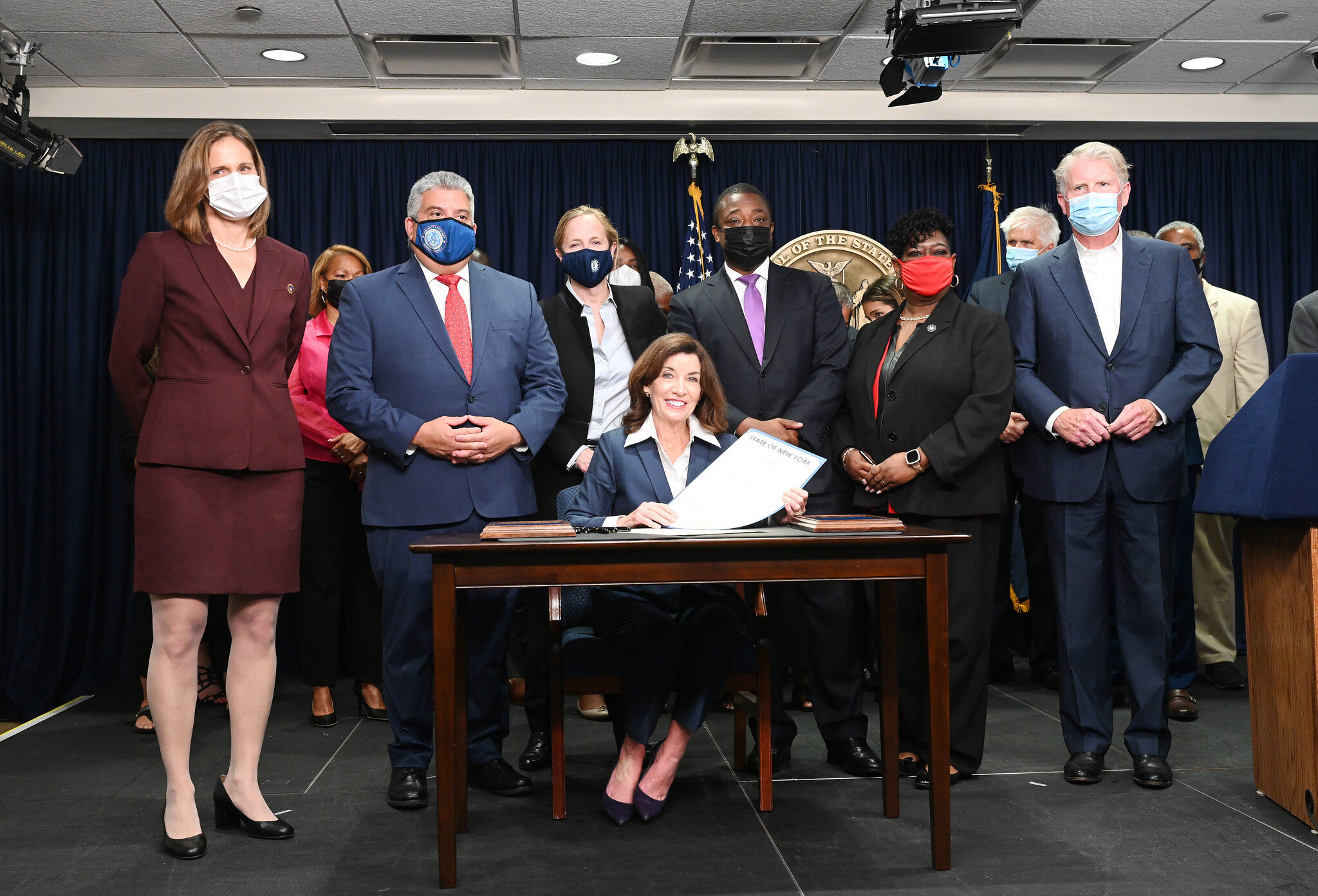 New York Governor Kathy Hochul officially signed the “Less is More” law, which will bring into effect the elimination of jail time for minor parole violations.

On Friday, the New York governor brought into effect a new law in which new Yorkers will be able to avoid jail time for most nonviolent parole violations. The new law ​​eliminates New York’s practice of incarcerating people for technical parole violations, including being late to an appointment with a parole officer, missing curfew, or failing to pay fees or informing a parole officer of a change in employment.

To be implemented officially starting March 2022, New Yorkers on parole will land back behind bars only for drug or alcohol use if they were convicted of driving under the influence of those substances.

As it stands, criminal justice advocates applauded the law but urged Hochul and lawmakers to make it effective immediately. Once in effect, an estimated 5,000 people who are behind bars in New York for technical parole violations could eventually be eligible for release.

According to the law, courts could direct people who violate most technical rules to receive reentry services from nonprofit community groups, rather than jail. The law also caps how long people can be imprisoned again for other violations.