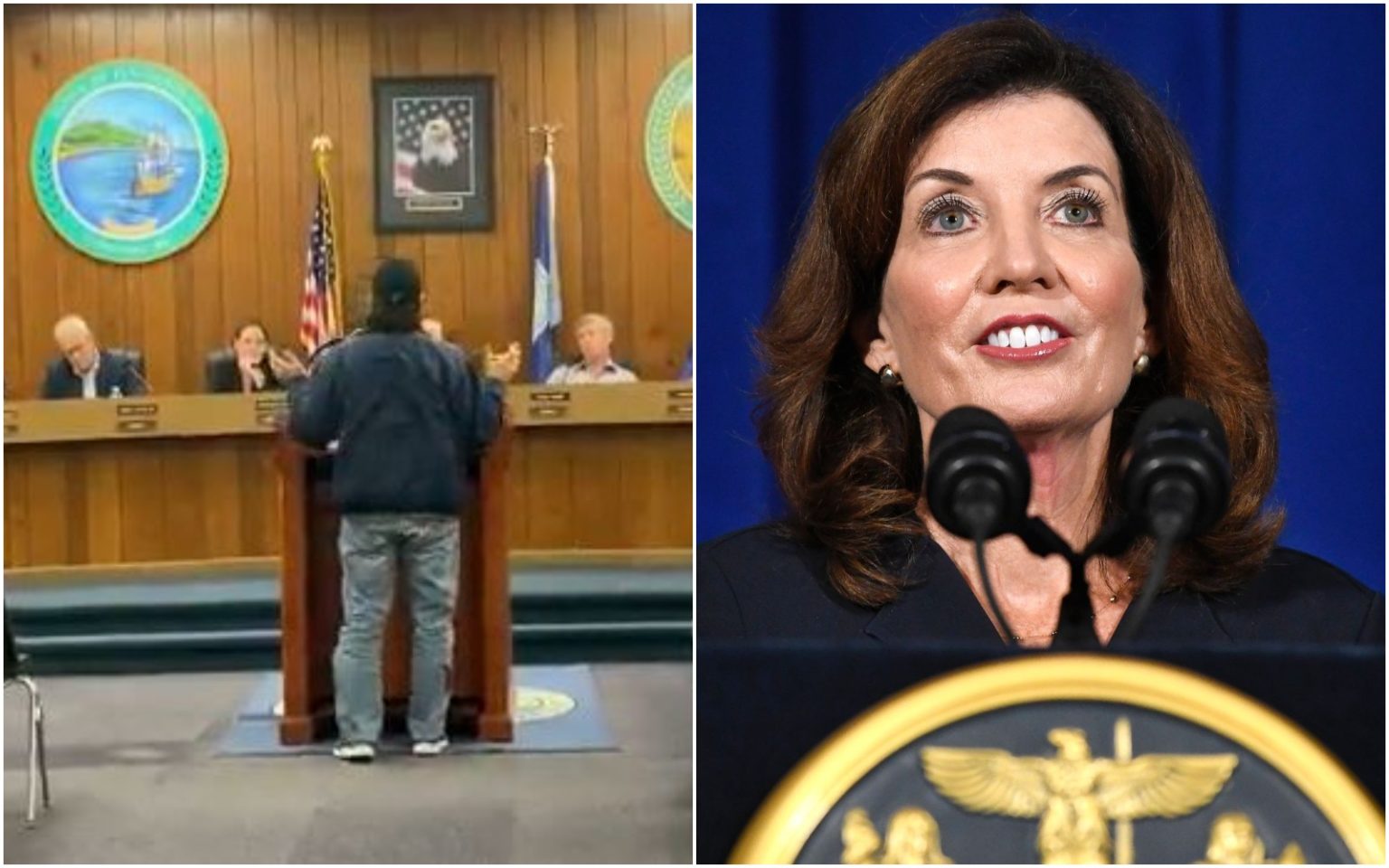 Calling out an antisemitic act by a man who spoke at a Rockland County meeting New York Gov. Kathy Hochul took a strong stand for the Jewish community earlier this week.

Recorded on camera, the man Nick Colella from Thiells, NY is seen at a town meeting openly launching a hateful narrative against the local Jewish population. After first complaining about local houses being used as Shuls, he then accuses “a certain sect of people” of walking on the street without “any reflective gear.” (It should be noted that this neighborhood does not have any sidewalks.)

Colella then said that if he will run one of them over, then of course he will “back over them again.” At that point, he is seen getting thrown off the stand, while he yells a few more words about capacity laws in the local Shuls.

Reacting to this fiasco, Gov. Kathy Hochul tweeted about the incident, calling the man out for his blatant anti-Semitism. “I have heard reports of violent rhetoric towards our Jewish community at a town meeting in Rockland County. Antisemitism, like all forms of hate, is horrifying and unacceptable,” the governor wrote. “Everyone has the right to walk down the street without fear. New York, we are better than this.”