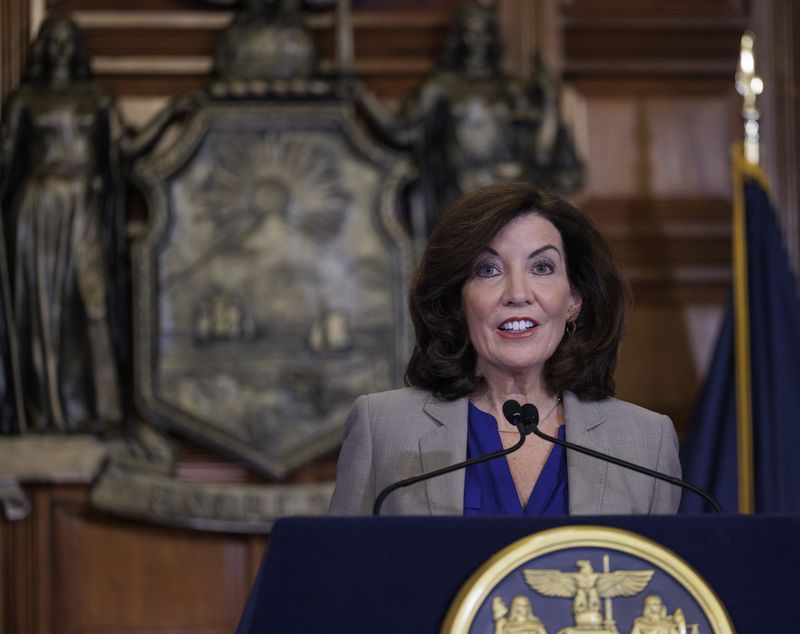 Hochul supports Biden’s Russian oil ban but is scared of suspending N.Y. gas tax as prices soar at the pump

New York Governor Kathy Hochul expressed strong support to the order of President Joe Biden banning all Russian oil in the US.

However, Hochul is hesitant to suspend New York’s gas tax as some lawmakers wanted since it could cause the oil prices to soar even more.

“And we don’t want to have Russian oil in this country when they continue this path of aggressive behavior toward their neighbors,” Hochul said.

Earlier, some lawmakers called on Hochul to suspend the gas tax so that drivers can find relief from the high cost of gasoline today.

But Hochul is not too convinced on the proposal arguing that a moratorium wouldn’t necessarily lead to lower prices at the pump.

“I want to make sure that if we do something, it’s actually going to have an impact,” Hochul added.

Meanwhile, Assemblyman Angelo Santabarbara (D-Schenectady) explained that the bill he introduced last week would certainly impact working families by pausing the state tax on gasoline, currently 48 cents per gallon and 46 cents a gallon for diesel fuel, for one year.

“New Yorkers are already feeling the strain of increased costs for essential goods, especially at the gas pump where prices increased significantly last year and are expected to continue rising,” Santabarbara said.