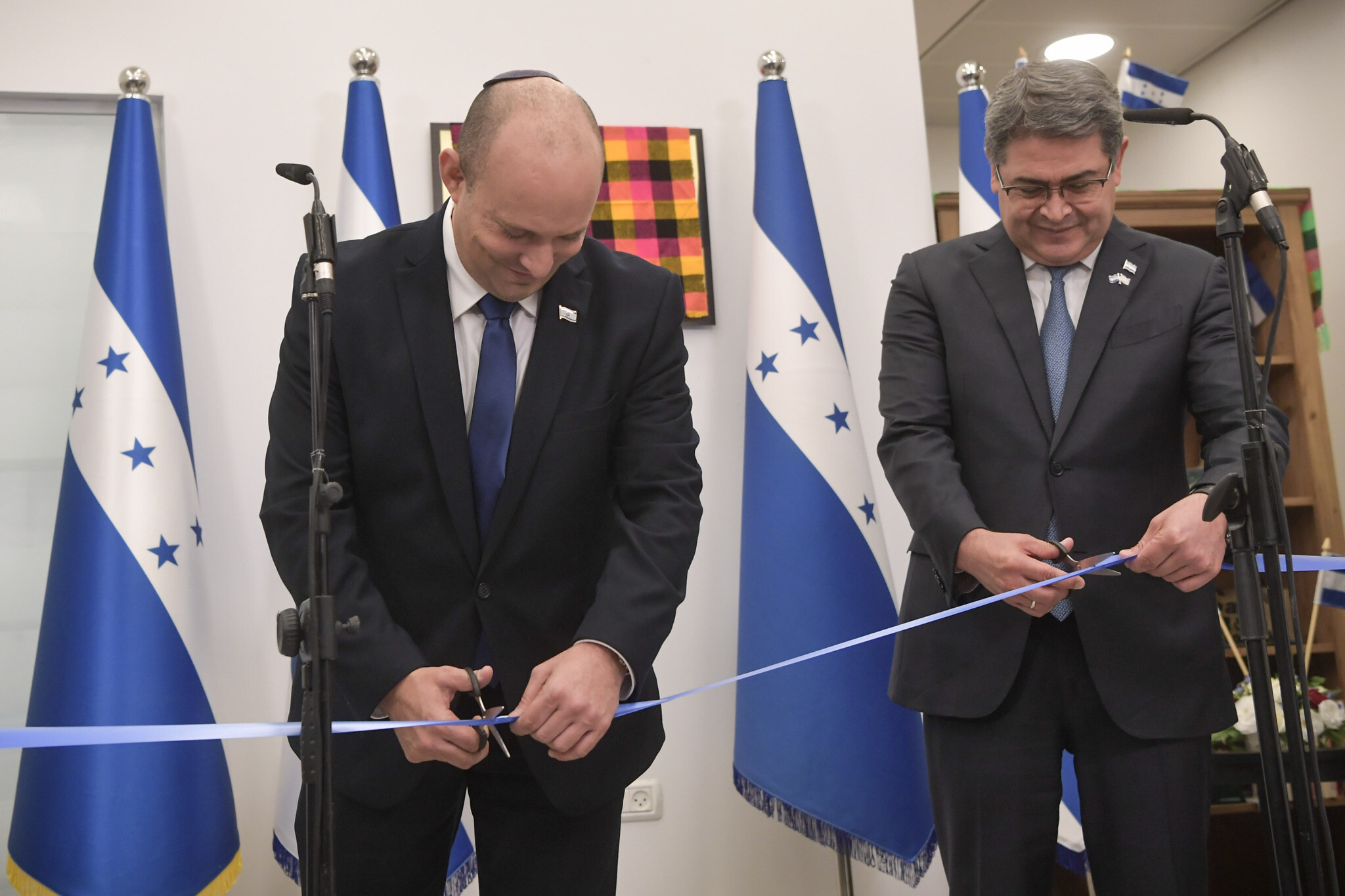 Honduras Becomes The 4thCountry To Have An Embassy In Jerusalem

Recognizing Jerusalem as a full-fledged part of Israel, Honduras, last week, opened its embassy in Jerusalem, making it the 4th country to do so.

Marking the occasion, Honduran President Juan Orlando Hernandez and Israel’s new Prime Minister Naftali Bennett signed several bilateral cooperation agreements in Jerusalem on Thursday. Bennett said that the opening of the Honduran Embassy in Jerusalem, and the planned reopening of the Israeli Embassy in Tegucigalpa, was “another demonstration of the deep friendship and deep connection” between the two countries. Israel previously had an embassy in Honduras until the 1990s.

As it stands, among the countries that already have embassies in Jerusalem the U.S. under President Trump was the first to inaugurate its embassy in the city in 2018, and Guatemala, Kosovo, and Honduras followed suit. Paraguay opened its embassy in Jerusalem in 2018, but then reversed course months later.

A partnership that was initiated by Netanyahu, the former Prime Minister also weighed in on the occasion stating, “I agreed to the opening of embassies with Honduran President Juan Orlando Hernández a year ago and today we are seeing the fruits. I hope that the efforts I began, to transfer embassies to Jerusalem, will not end and other countries will move their embassies to Jerusalem, the eternal capital of the Jewish people for 3,000 years.”