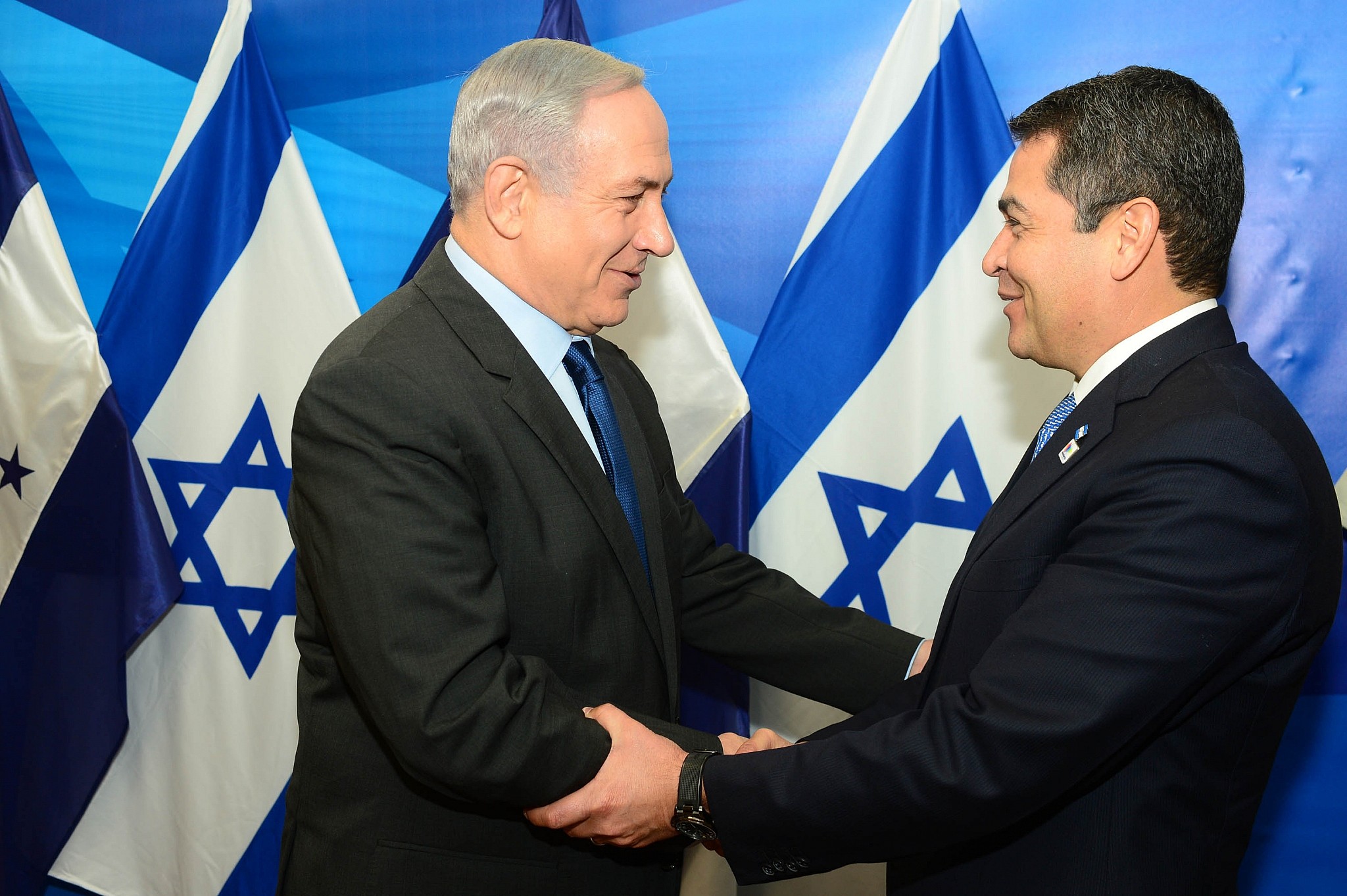 In another win for Israel, Honduran President Juan Hernandez announced via Twitter on Sunday, stating that the country will relocate its embassy from Tel Aviv to Jerusalem before the end of the year and that Israel will open a diplomatic office in the Honduran capital, Tegucigalpa.

Likely to anger the Palestinians even more, Honduras has now officially decided to end its neutral stance over the Israel-Palestine conflict with this decision. In his tweet on Sunday, Hernandez stated, “I have just talked to Prime Minister Netanyahu to strengthen our strategic alliance, we spoke to arrange the opening of the embassies in Tegucigalpa and Jerusalem, respectively. We hope to take this historic step before the end of the year, as long as the pandemic allows it.”

Immediately responding to the tweet, the official handle of the Israeli Prime Minister posted, “Prime Minister Benjamin Netanyahu and President Juan Orlando Hernandez spoke on 20 September 2020, and reaffirmed that Honduras and Israel are close friends and strategic allies who form part of an alliance of reciprocal support and both economic and political cooperation.”

Prime Minister Benjamin Netanyahu and President Juan Orlando Hernandez spoke on 20 September 2020, and reaffirmed that Honduras and Israel are close friends and strategic allies who form part of an alliance of reciprocal support and both economic and political cooperation. pic.twitter.com/c9V4Gla3Ch

A move that was hinted last year, Hernandez had been open to ending the neutrality on the matter, with the opening of a commercial office in Jerusalem in September 2019 as an extension of the Honduran embassy in Tel Aviv. Just last month, the Honduran President had claimed, “Honduras recognizes Jerusalem as the capital of Israel and we are confident that this recognition will be of great blessing and mutual benefit”.

Despite being home to the second-largest Palestinian population in Latin America, after Chile, the country followed suit after Kosovo and Serbia also claimed they would open embassies in Jerusalem earlier this year.

The longstanding issue over Jerusalem and its status has been a big concern for both Israel and Palestine. As it stands, the Palestinians want occupied East Jerusalem, which includes the holy sites in the Old City and was captured by Israel in the 1967 war, as the capital of a future state, while Israel regards the entire city as its capital – a claim that has still not been recognized by the international community.