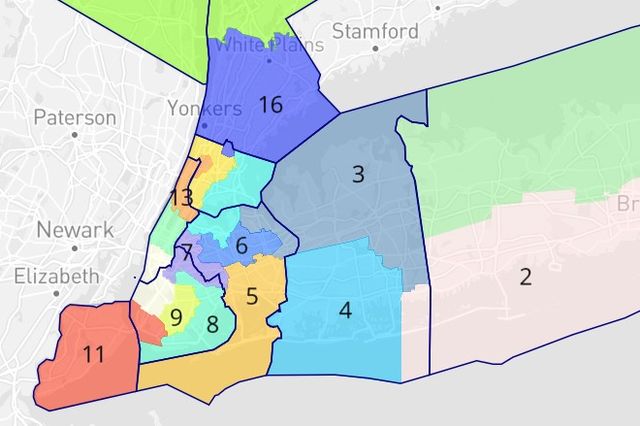 How The new Congressional District Maps Will Affect NYC’s Jews

The contentious redistricting battle in New York finally came to an end on early Saturday morning with new maps created after a Republican-led lawsuit that challenged the congressional and state Senate lines that were drawn in February.

But as a result of these new maps, some heavily Jewish electoral districts across the city and state have been split up or merged, and some Jewish politicians will face new reelection challenges this fall. Here are five ways in which the Big Apple’s Jewish population will be affected politically due to the reshuffle.

First up- the Orthodox community of Borough Park, Brooklyn, has now split over two districts, diluting the organizing power of voters there, and a new district combines the Upper West Side and Upper East Side, which previously had been in separate districts.

Talking about the split, New York City mayor Bill de Blasio said he will be running for Congress in District 10. District 10 stretches from de Blasio’s home in Park Slope to Lower Manhattan and includes a chunk of Orthodox voters in Borough Park.

This was a problem for the JCRC, which argued in their letter that “Borough Park’s interests are distinct from the Jews of Lower Manhattan, Park Slope, Windsor Terrace, and Brownstone Brooklyn,” which make up District 10.

Next, Jewish Rep. Jerry Nadler, 74, will run against incumbent Carolyn Maloney, 76, in the newly drawn District 12. This split was challenged by the Jewish Community Relations Council of New York, saying that “East Side Jews can be clearly differentiated from West Side Jews. Rarely do the East Side Jews belong to a synagogue located on the West Side or vice versa.”

Nadler is the only Jewish member of Congress to have attended Jewish schools, and his previous district, NY-10, encompassed the most Jews in New York, stretching from the Upper West Side to Brooklyn’s Borough Park. Rep. Hakeem Jeffries, a Democrat, panned the redistricting for “severing the historic connection” between the two Jewish neighborhoods.

Lastly, the most noteworthy element of redistricting in Long Island for the Jews is that Rep. Lee Zeldin, one of just two Jewish Republicans in Congress, is vacating his seat to run for governor. A large portion of Jewish communities are part of District 4, which is represented by Kathleen Rice, a Democrat who is not running for reelection. This puts her seat up for grabs in a suburban area that’s home to a swath of Republican Jewish voters.