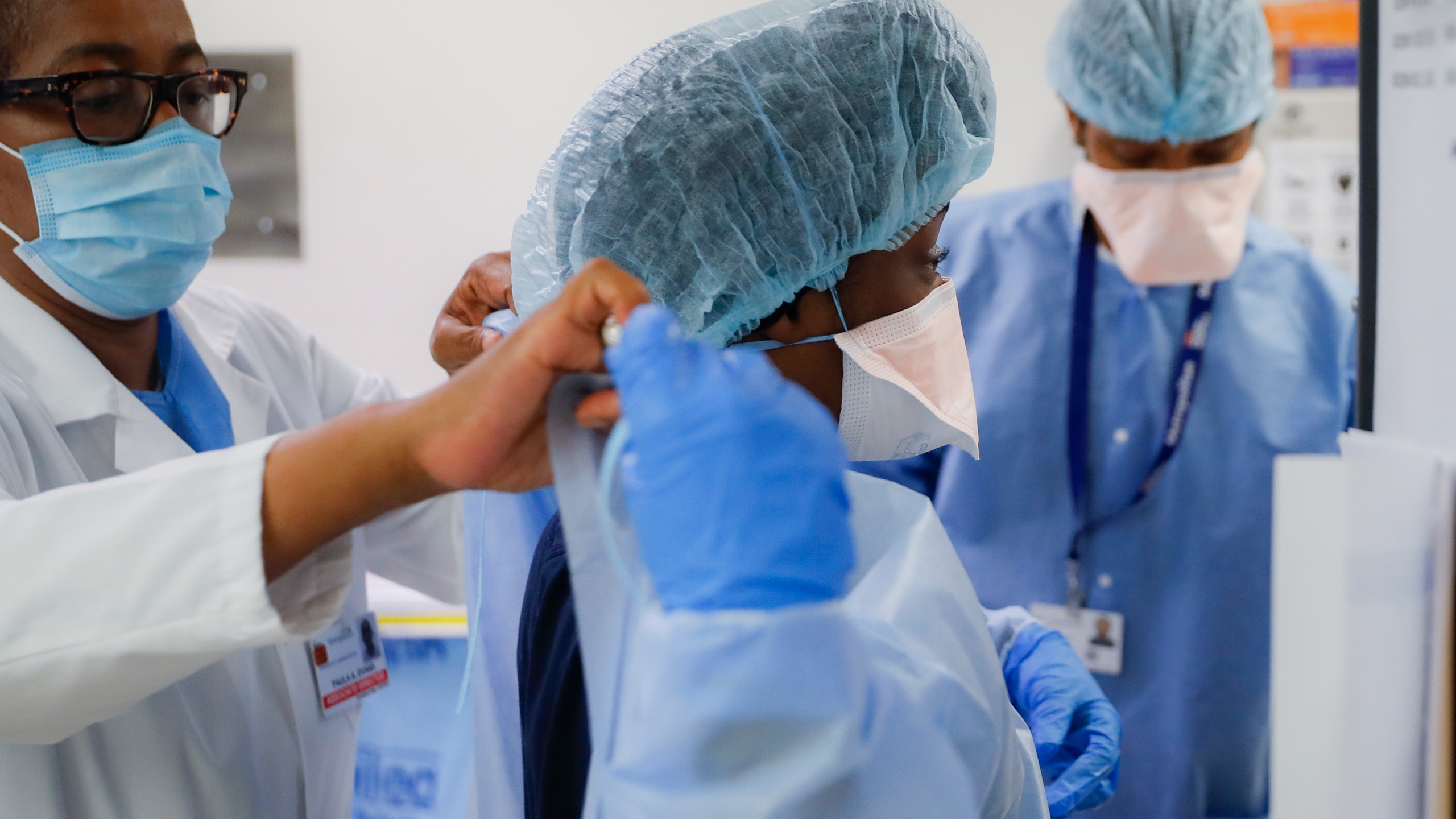 Soon after the Monday deadline to get vaxed, scores of medical workers including doctors, nurses, and other hospital staff were either suspended or permanently fired from their posts.

According to official figures as of early Wednesday, nearly 100 employees are suspended without pay and have until next week to show proof or face termination, at St. Barnabas Hospital in the Bronx. Meanwhile, at Richmond University Hospital in Staten Island, ten percent or almost 250 employees were still unvaccinated, leading to suspensions.

At Northwell Health, the state’s largest medical network which runs Lenox Hill, Long Island Jewish, LIJ-Forest Hills, and Staten Island University hospital in the city, over 760 employees have remained unvaccinated, out of which numerous managers have been fired, according to an official statement. Officials at Long Island’s SUNY Stony Brook University Hospital said 134 unvaccinated employees are being suspended without pay and are on track to meet with a labor relations representative to discuss the next steps.

Meanwhile, Dr. Mitch Katz, who heads the city’s health system, told reporters during Mayor Bill de Blasio’s daily press conference that the system had brought on about 500 nurses to sub for those who could no longer work. “We anticipated that there would be some loss of staff. We knew that no matter what our efforts, some people were not going to get vaccinated, and we planned appropriately,” Katz said.

To combat the shortage of medical staff, Governor Kathy Hochul signed an executive order Monday that directs the state Health Department to oversee a 24/7 operations center and the ability to deploy National Guard medics, retirees, and out-of-state and foreign nurses.