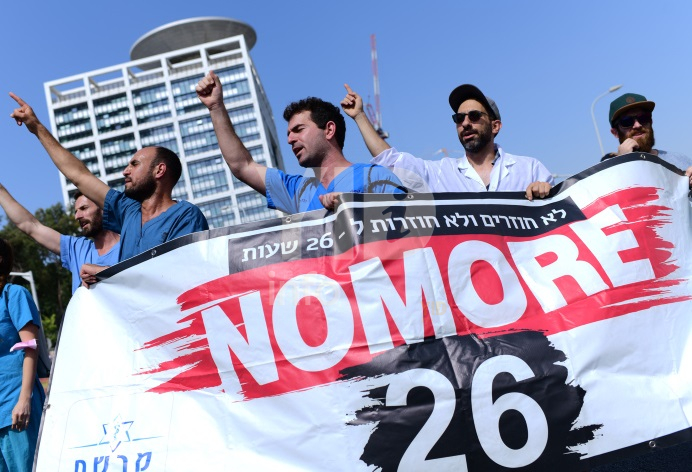 Hundreds of medical interns from across Israel handed in their letters of resignation on Monday.

The mass resignation occurred after the government failed to address their complaint of 26-hour work shifts, often without any break to rest or even eat or go to the bathroom for several hours, due to the immense overload in hospitals.

Sources most of those medical interns who resigned are affiliated with the Mirsham union for medical residents.

The Israeli Medical Association (IMA) is now reportedly doing some efforts to stop the mass exodus of medical crises.