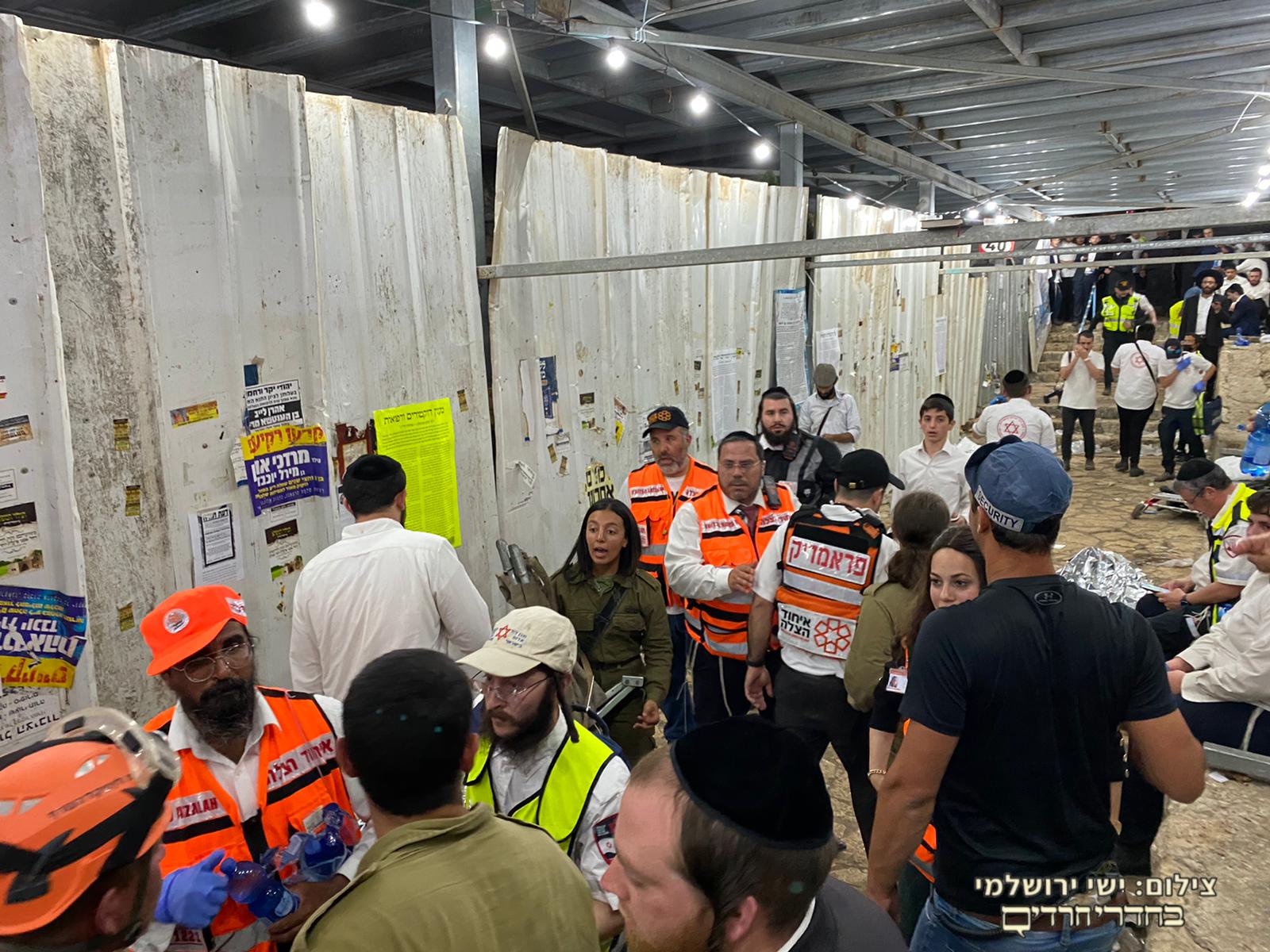 FOOTAGE: Hundreds of people are injured after a bridge collapsed now in Miron

The number of deaths went up from 40 to 44 after further investigation of the stampede, with more than 100 people hurt, including many in critical condition at Mount Meron. Prime Minister Benjamin Netanyahu reacted to the incident, calling it a “terrible disaster.”

Though the actual cause of the stampede isn’t certain, the Magen David Adom rescue service said the tragedy was caused by a crush and overcrowding, while a police officer speaking to local media suggested that dozens of participants in a concert had “slipped,” falling on those below them while walking along a slippery walkway and causing a crushing domino effect. Meanwhile, the IDF, which sent its elite 669 rescue team to the site, said a roof had collapsed.

Over 100 people trapped underneath a bridge in Miron with as many as 25 and 4 kids have died.