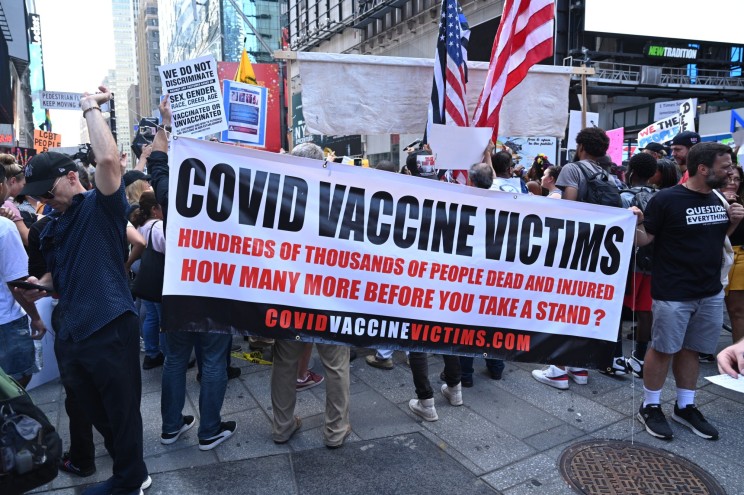 Hundreds of people have descended on Times Square on Saturday to protest the vaccine mandate of New York authorities.

The protesters most of whom not wearing any face masks, came prepared in showing their opposition to the vaccine, by bringing in a pole dancer, and a person who held a sign comparing the inoculation effort to the Nazi’s mass murder of Jews.

Some American flags and less offensive signage with slogans such as “freedom over fear” and “wake up New York” were also on display in the Crossroads of the World, pictures showed.

Sources said the protest came as more than two-thirds of all New York City residents have received at least one shot of the COVID-19 vaccine.