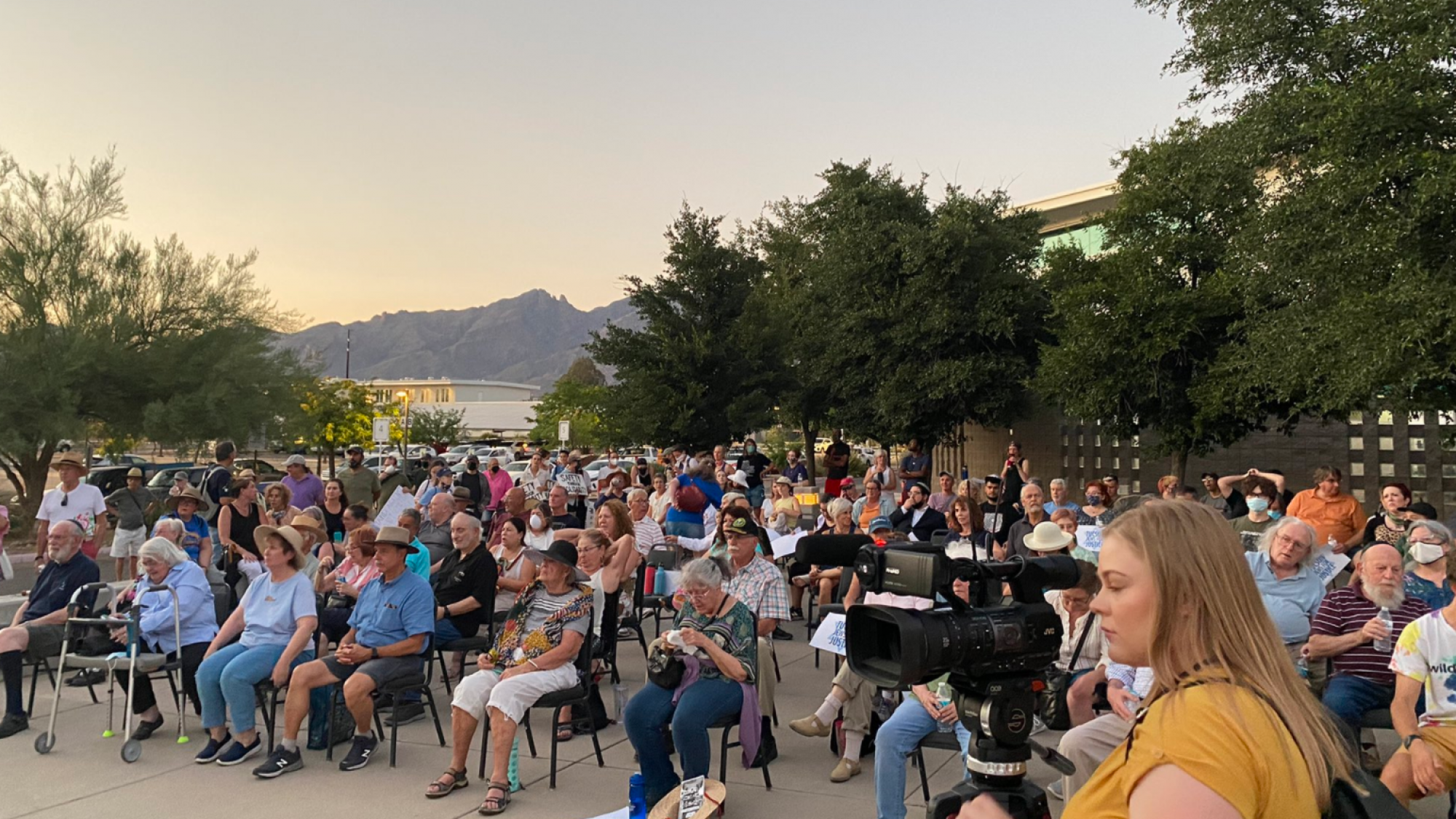 Hundreds Stand in Solidarity Against Antisemitism in Arizona, Ohio

Hundreds of members of the Jewish community, as well as other conscious citizens, gathered at rallies in Arizona and Ohio on Sunday, standing strong against the forces of antisemitism and jew-hate.

The “Under the Tent, Standing Against Antisemitism” event was hosted to stand in solidarity against Jew-hatred in Cincinnati, Ohio and elsewhere. Sponsored by the Jewish Federation of Cincinnati, the Jewish Community Relations Council of Cincinnati; the Mayerson JCC; the Nancy and David Wolf Holocaust & Humanity Center; ish: Driving Cincinnati Jewish & Israeli Arts & Culture; and the Greater Cincinnati Board of Rabbis, the event saw hundreds turn up for the cause.

Meanwhile, a similar event held in Tucson, Arizona, came after two local congregations were vandalized in recent weeks. “Anti-Semitism has no place in #Tucson or anywhere for that matter,” Tucson Mayor Regina Romero tweeted along with a photo of herself at the rally. “We have a moral imperative to speak out unequivocally against it in all of its forms.”

“We join together as Jews and allies to send a strong message that we will not tolerate hate and anti-Semitism in any form,” said Gary Greenberg, former past president of the Jewish Federation, who said a university student was assaulted because he had Hebrew lettering on his shirt. “Sadly, we are witnessing a disturbing rise in anti-Semitism and violent attacks against Jews in broad daylight in cities across America, including, unfortunately, in Cincinnati. We must also have zero tolerance for anti-Semitism, just as we should have zero tolerance for any other form of bigotry.”