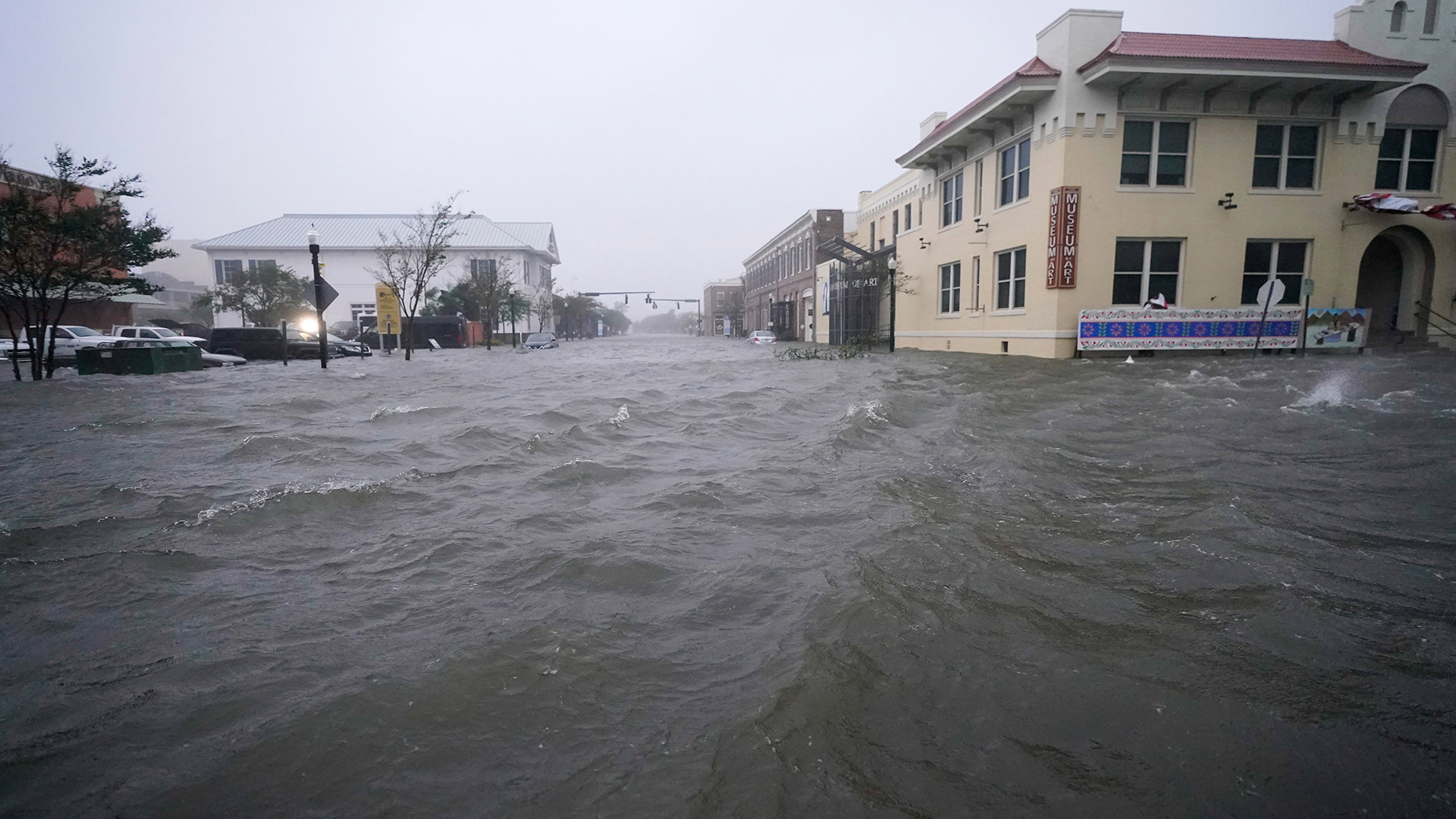 The US National Hurricane Center, in a statement, has described the effects of Hurricane Sally as ‘historic and catastrophic’, as widespread flooding and mass power cuts take over the US Gulf Coast.

Just as Americans were reeling in from Hurricane Laura, the storm Sally wreaked havoc on the Alabama-Florida Coast. Uprooting trees and causing widespread damage to property, the hurricane made landfall on Wednesday near Alabama as a Category 2 storm, was downgraded in the afternoon to a tropical storm as maximum sustained winds dropped to 113km/h (70mph).

Facing unprecedented damage, many residents from Alabama and Florida were shocked at all the sudden destruction caused by the storm, especially since it was speculated to be a slow-moving calamity. According to the NHC, “Some parts of the Gulf Coast had been inundated with more than 18 inches of rain, with more precipitation expected as the storm’s winds slow further. The storm was moving at a slow 5mph pace towards the Alabama-Florida border but was predicted to pick up speed.”

The residents of Pensacola, Florida, suffered up to five feet of flooding, and travel was cut by damaged roads and bridges. More than 500,000 homes and businesses across the area were without power as the storm knocked over stately oak trees and tore power lines from poles. The NHC has also warned Pensacola residents of a possible tornado, based upon the gushing winds that are expected.

With many citizens regarding the rains caused by the storm as ‘unreal’, it is predicted that some isolated areas could see up to 35 inches of rain before Sally’s effects start receding.

In an urgent statement on Wednesday, Alabama Governor Kay Ivey told residents not to go outside to check on damage unless necessary and to stay away from living power lines and fallen trees.

Sally is the 18th storm in the Atlantic in this year’s ‘Hurricane Season’, and the eighth tropical storm of immense strength to hit the US. There are currently three other named storms in the Atlantic, highlighting one of the most active Atlantic hurricane seasons on record. Apart from the expected $2bn to $3bn worth of damages, Sally has shut more than a quarter of US Gulf of Mexico offshore oil and gas production, causing more economic concerns in the country.